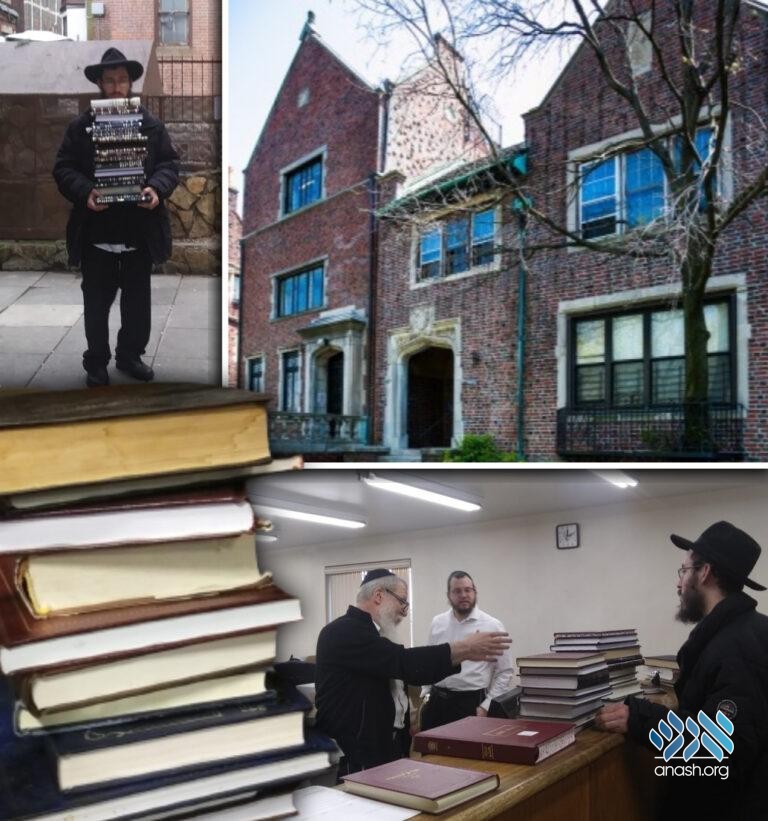 While the legal battle to bring back the Rebbeim’s seforim from Moscow continues full force, one bochur is waging the war on a spiritual front, and he has a request from chassidim worldwide.

While the legal battle to bring back the Rebbeim’s seforim from Moscow continues full force, one bochur is waging the war on a spiritual front. and he has a request from chassidim worldwide.

In a sicha delivered on Hey Teves 5752, the Rebbe stated that one way to help bring the stolen seforim home was by each chossid expanding his personal library. To bochur Menachem Mendel Ezagui, it only seems obvious that expanding the Rebbe’s library will be an even bigger step in the spiritual battle for the seforim.

In a conversation with Anash.org, Ezagui related how he began bringing seforim to the Rebbe’s library, and some of the exciting finds he’s discovered.

“I had the great z’chus to discover and bring to the library a bichel of ma’amarim written by Reb Moshe, son of the Alter Rebbe, as well as other bicheleach with unpublished ma’amarim,” he said.

“The way it all started was when I found a bichel written fully in the holy handwriting in the Tzemach Tzedek,” he said. “After debating if I should purchase it, despite the high price such a volume costs, I wrote a letter to the Rebbe, and received more than one answer in Igros Kodesh clearly encouraging the purchase of bichelach for the Rebbe’s library!”

“Once I ‘got involved’ in this, I began looking for other seforim to bring to the library,” Ezagui says. “I quickly discovered that it is extremely easy to find seforim that are not in the library.”

The library’s full catalog of books can be found online, and with a simple search, one can find if the library has a sefer or not. Ezagui began going to seforim stores, and searching titles of seforim.

“Usually, within half an hour, I find about twenty seforim the library does not have,” he says. “Just this month, I made three trips and brought back close to sixty seforim.”

But most people don’t even have to go so far to find material to bring to the library, he says.

“There are hundreds of Chabad publications that come out every year, including seforim, books, teshuros and yeshiva kovtzim. The library does not receive most of them, simply because people do not think to bring them.

“Just last week, the family of a chossid who passed away recently left boxes of a few hundred seforim in front of 770. I was able to find tens of seforim that the library did not have,” he says.

“The Rebbe wanted the library to have every sefer and kuntres. Did you or your yeshiva put something out? Don’t expect that the library will have it. Make sure to bring a copy, and fulfill the Rebbe’s wish,” he says.