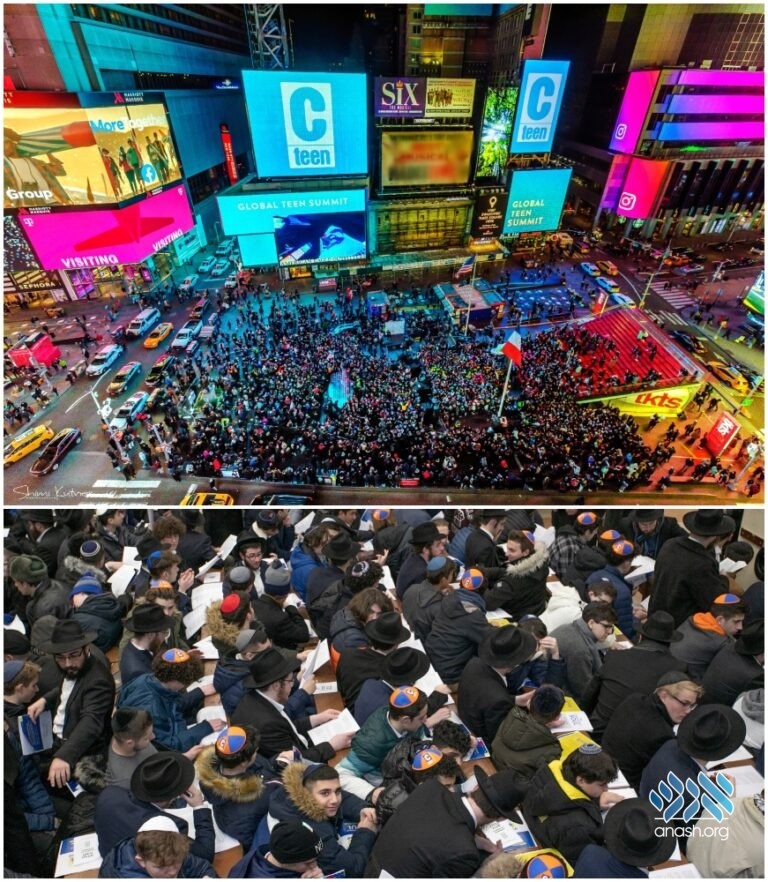 Inspired by Hakhel, a record-breaking one thousand teenagers worldwide signed up within 36 hours of registration opening for this year’s 15th CTeen Shabbaton.

Inspired by Hakhel, a record-breaking one thousand teenagers worldwide signed up within 36 hours of registration opening for this year’s 15th CTeen Shabbaton.

Just a few short years ago, forty teenagers from across the United States gathered in Rabbi Moshe Kotalrsky’s dining room in Crown Heights for what was the first annual CTeen Shabbaton. No one could have imagined that just over a decade later, close to three thousand teenagers would be slated to assemble for the 15th annual Shabbaton. Scheduled for February 23, 2023, the CTeen Shabbaton for this Hakhel year has exploded well beyond anything anyone could have even fantasized about.

Though months away, excitement and hype for the Shabbaton are quickly mounting. So much so, that within the first day of opening registration, over one thousand teenagers have already signed up!

The culmination of so many years of ever-increasing growth, when teenagers across the world heard that the CTeen Shabbaton had opened registration, the system was flooded with applicants. To add to the hype, CTeen staged a competition: whoever would tag a friend on the Instagram post announcing the registration opening would enter into a raffle for a free pass—for them and a friend. The contest was limited to the 36 hours of “Opening day” to accommodate the many time zones. In that short time span, 1383 teens commented, tagging their friends and boosting the post far and wide. Apparently, people are excited about this Shabbaton.

And for good reason. Past years have delivered such tremendous energy and inspiration, that many teens can’t stop talking about it for an entire year. “Teenagers who attended the past Shabbatons couldn’t get enough of it,” said Rabbi Mendel Winner, who together with his wife Chana, co-directs CTeen of Brighton Beach, Brooklyn. “The immersive and enriching Jewish experience for an entire weekend touched them deeply. When they heard registration opened, they jumped all over it.”

All indicators point that the ambitious attendance numbers will be met—and then some. In just a few days, 150 teens from France have signed up, giving Rabbi Mendy Mottal, who together with his wife Haya co-direct CTeen of France, much to keep up with. “Teenagers all over Europe are hungry to reclaim what was lost over Covid,” he said. “It’s inspiring to see that no energy has been lost and with Hashem’s help, we plan on roaring into Crown Heights with a smashing group.”

Beyond the mind-boggling numbers, the real impact lies in the secret sauce of every such Shabbaton: bringing people to the source, to the Rebbe’s daled amos. “In the spirit of Hakhel which saw all Jews gather to draw energy and inspiration, thousands of teens going to gather together drink in the Torah and Yiddishkeit to be found near the Rebbe’s Shul and Ohel,” said Rabbi Mendy Kotlarsky, Executive Director of Merkos 302 and Vice-Chairman of the CTeen and Vice Chairman of Merkos. “Shluchim consistently tell us that bringing teens for this one weekend can do more than an entire year’s worth of programming.”

Looking at it from a historical perspective, the fact that the excitement can barely be contained is nothing short of remarkable.

Rabbi Mendel Tenenbaum of CTeen Irvine, California, sees that reality every day. “Before CTeen permanently came to town, the only thing for teenagers was the annual NYC Shabbaton,” he said. “After operating for just under two years, my wife and I have seen the CTeen name take off here in Irvine. The largest group to ever attend in the past was twenty teenagers, and last year, we already brought close to thirty. And this year? Forget it! On the day it was announced, twenty teenagers immediately signed up. It looks like we’re going to blow way past previous years. We can’t wait.”