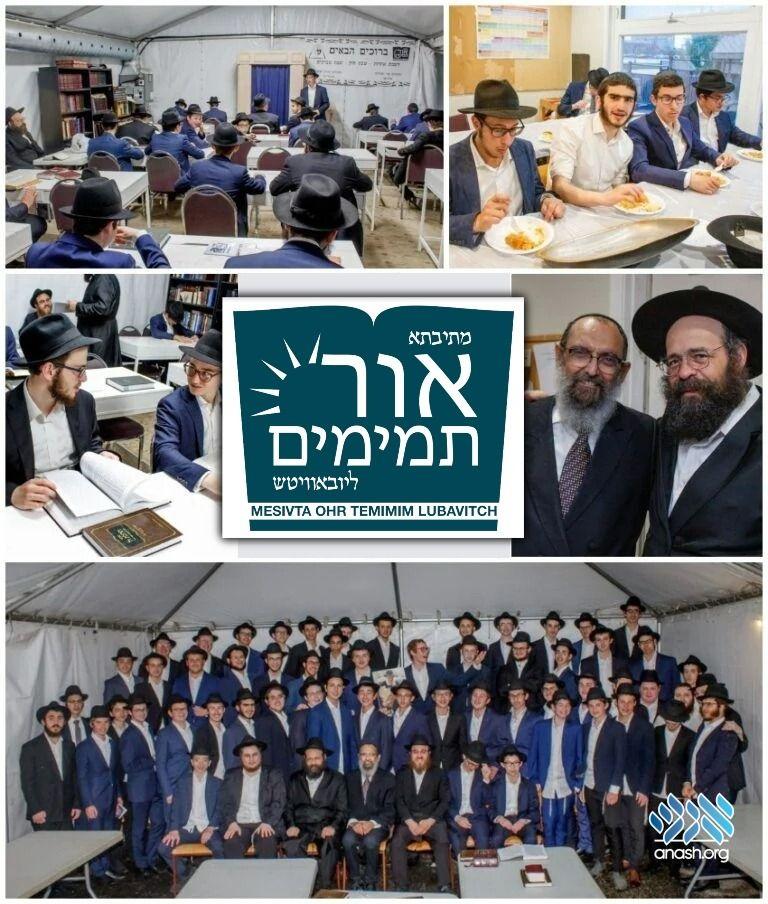 Two Canadian Mesivtas joined together for a memorable and meaningful Shabbos Achdus. Mesivta Ohr Temimim Lubavitch of Toronto welcomed and hosted Mesivta Ateres Menachem of Montreal and enjoyed a one of a kind Shabbos farbrenging, davening, and learning in true Achdus.

The excitement began when the bus pulled in, with old friends greeting each other and new connections beginning to form. After a delicious lunch and receiving their welcome packages, they settled in at the Yeshiva dorms and local hosts. Mesivta Ohr Temimim Lubavitch rented a special tent to host the tefillos and seudos in grand style.

As Shabbos drew near, the two yeshivos gathered for mincha and Shnayim Mikrah, followed by toameah and a group photo. After Seder Sichos and a spirited Kabalas Shabbos, the bochurim sat down for a lavish Seudas Shabbos, where a number of talmidim shared Divrei Torah. Bochurim from both Yeshivos intermingled and a warm feeling of Achdus filled the room. Following the Seuda, Rabbi Tzvi Raskin, Mashpia of Ateres Menachem led a farbrengen that continued until late into the night.

The feeling of unity continued throughout the Shabbos. Shabbos Mevorchim Tehillim was accompanied by mezonos and refreshments, followed by a beautiful davening, followed by a meaningful seudas Shabbos with inspiring divrei Torah and niggunim.

The highlight of the Shabbos Achdus was the Shabbos Mevorchim farbrengen, led by Rabbi Posner, Menahel and Rabbi Shusterman, Magid shiur and Mashpia of Ohr Temimim Lubavitch. The inspiring farbrengen continued until mincha! Tying into Sefiras Haomer, the bochurim were infused with a sense of mission and the paramount importance of real avodas Hashem.

“Tayere Brider,” the traditional farewell niggun song as the two Yeshivos shared one last dance, had even more meaning after such a warm and unifying Shabbos.

“This was an uplifting and amazing Shabbos B’Gashmiyus and B’Ruchniyus. Filled with chassidishe warmth and comradery,” said Rabbi Zaltzman, Dean of Ohr Temimim.

He thanked Rabbi Posner and the Shluchim for making the Shabbos Achdus so special, and to R’ Chanoch Nelken for helping with multiple sponsorships.