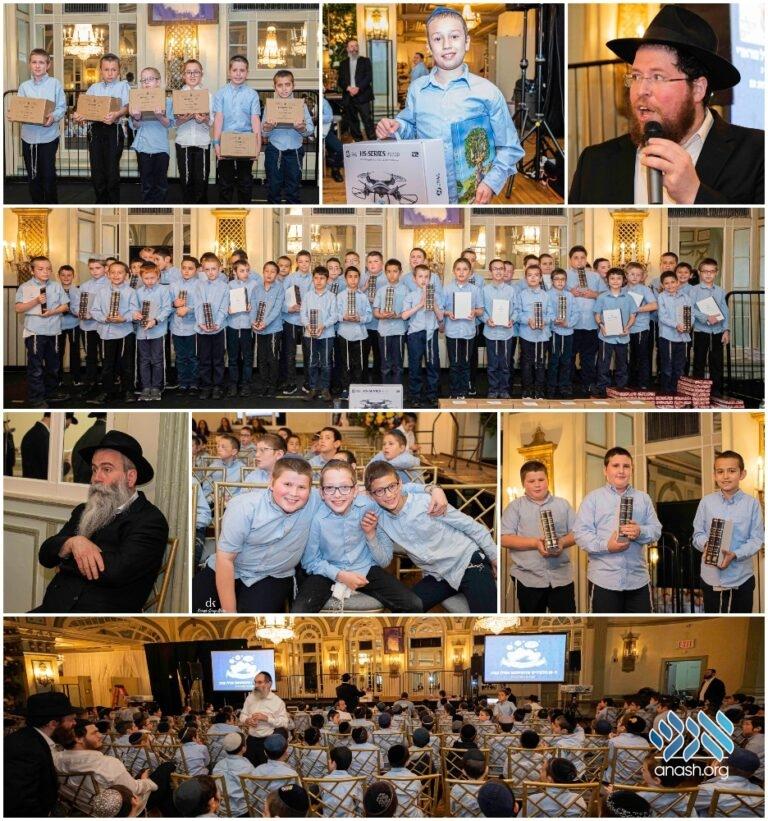 A triple event in Oholei Torah on Wednesday celebrated the MBP and Tzivos Hashem accomplishments of boys from Oholei Torah’s 3rd and 4th grades.

A triple event in Oholei Torah on Wednesday celebrated the MBP and Tzivos Hashem accomplishments of boys from Oholei Torah’s 3rd and 4th grades.

Prizes were distributed to the talmidim with the top marks in three separate programs that were ongoing throughout the year in this division. Distributing the prizes were Rabbi Mendel Levin, Tzivos Hashem Base Commander in Oholei Torah.

Prizes were awarded to winners of the Mishnayos Baal Peh program, awarding the talmidim who had studied Mishnayos, Gemara, Tanya and Yedios Klaliyos Baal Peh for the past ten months. The talmidim with the top marks were rewarded on stage with various sefarim.

The second program for which talmidim were rewarded today is for the track in Chidon Mitzvos called the Iyun Track. Talmidim in Oholei Torah’s 3rd and 4th grades who scored over 90% on their Iyun finals were each rewarded with a glass trophy on stage during this event.

Parents were smiling, cameras were flashing, and everyone had nachas from all the talmidim who participated in these extra-curricular programs.