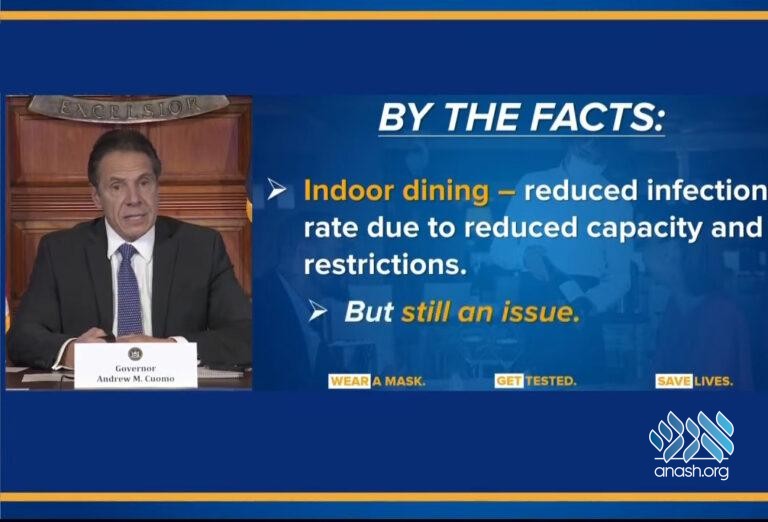 Gov. Andrew Cuomo said Friday he is suspending indoor dining in New York City as of Monday, a result of sustained increases in the five boroughs’ hospitalization and COVID-19 positivity rates.

The indoor dining closure will last at least two weeks.

Cuomo also warned that if numbers continued to rise, there loomed a potential for harsher shutdowns.

If any region in the state is projected to hit 90 percent hospital capacity within 21 days, the governor will impose a red zone shutdown. That means nonessential businesses, schools and restaurant table service close in a given region for an indefinite period of time, a measure reminiscent of strict lockdowns from spring.

Going forward, areas will be deemed orange zones if they are at 85 percent hospital capacity and a positivity rate of at least 4 percent for 10 days or the Department of Health determines hospitalization rates to be unacceptably high.

As for yellow zones, those will be areas with positivity rates of 3 percent or higher for 10 days that also are in the top 10 percent for hospital admissions per capita over the past week and see week-over-week growth in daily admissions. Cuomo says his team plans to review the latest data this weekend and will announce any new cluster zones Monday. He’ll also reassess indoor dining outside the city.