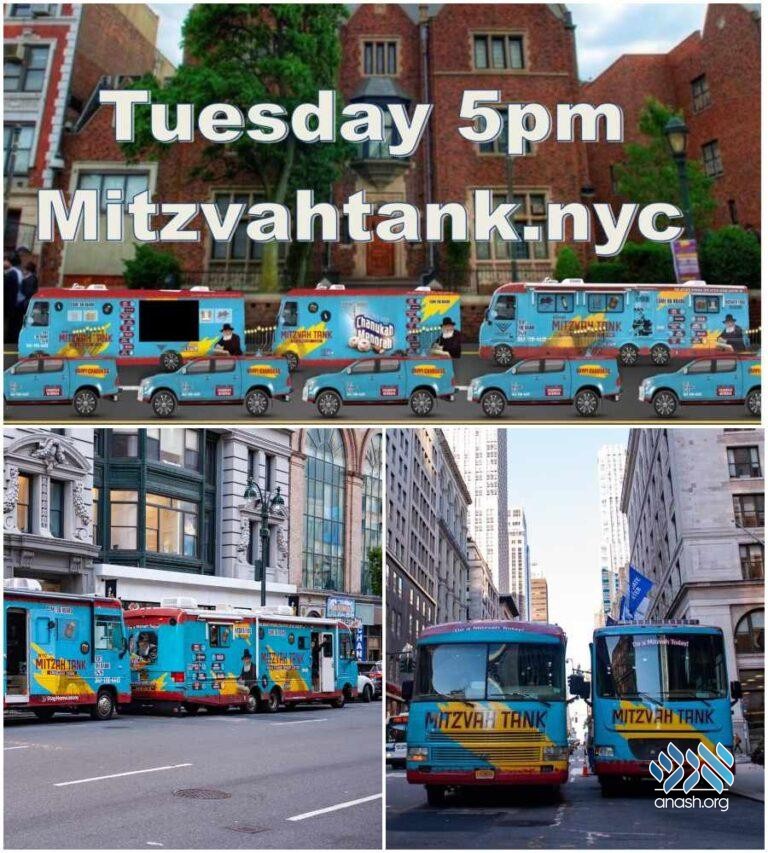 For the first time ever, New York City will see Mitzva tank parades on two nights of Chanuka. The second parade planned for Tuesday night will feature a uniform signs and banners across all tanks and cars.

For the first time ever, New York City will see Mitzva tank parades on two nights of Chanuka. In addition to the annual parade taking place Monday night, a second parade is being planned for Tuesday night to bring the message of Chanuka to an even greater audience.

This unique parade, will feature 25 tanks and pickup trucks, all displaying the same signature blue signs and banners, giving it an added level of organization and uniformity. Unlike the annual parade, the second parade will not be open for the public to join in their personal cars.

“Many people are not venturing out as much due to the coronavirus,” one organizer told Anash.org. “It is important that we bring the message and joys of Chanuka, to the largest possible audience.”

“We hope that when people see our singular signs they will automatically associate it with doing Mitvzos. Many people already recognize our Mivtzoim tanks from our weekly Friday Mivtzoim.”