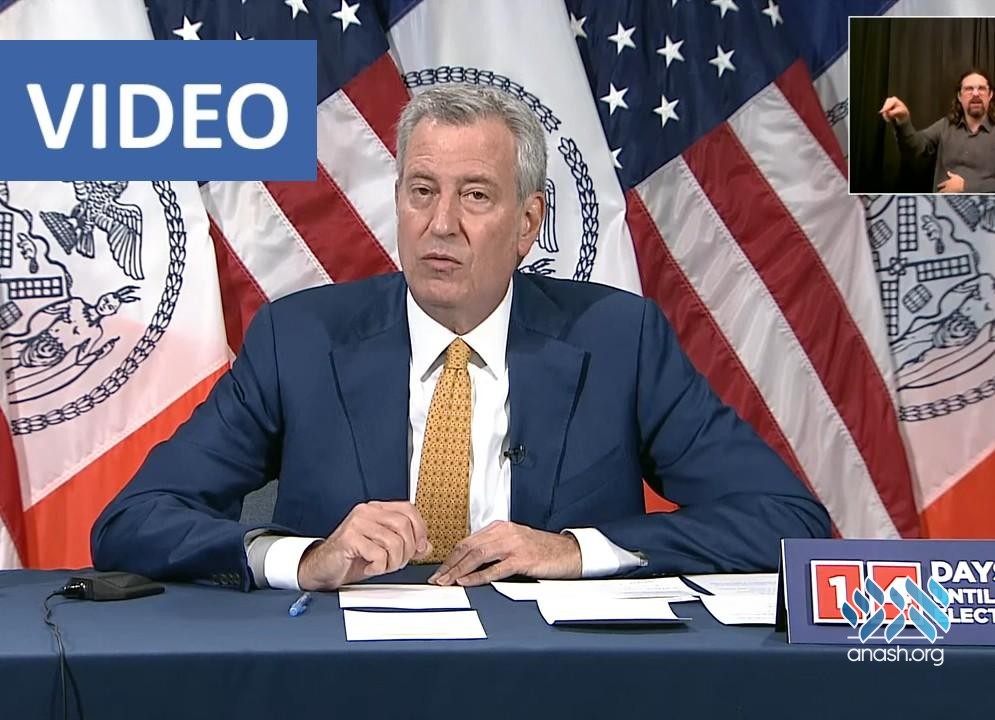 In a briefing on Tuesday morning, NYC Mayor Bill de Blasio revealed that he had held a meeting with leaders of the Jewish community, and expressed regrets for some of his previous actions and statements.

In his Tuesday briefing, Mayor Bill de Blasio revealed that he held an in-person meeting on Monday at Gracie Mansion, aimed at building a strategy to curb the spread of COVID-19 in the predominantly Jewish areas in Brooklyn and Queens

“It was a very moving meeting, a very productive meeting with a group of leaders from Brooklyn and Queens, some of whom I’ve known very, very well for as much as 20 years, and a very honest meeting,” the Mayor told Jewish Insider’s Jacob Kornbluh during his city hall briefing.

The mayor then expressed that he has “regrets” about his role in raising tensions between city and state officials and members of the Orthodox Jewish community, due to the harsh measures taken.

“I look back now and understand there was just more dialogue that was needed,” said the mayor. “I certainly got very frustrated at times when I saw large groups of people still out without masks. But I think more dialogue would have been better. So I certainly want to express my regret that I didn’t figure out how to do that better.”