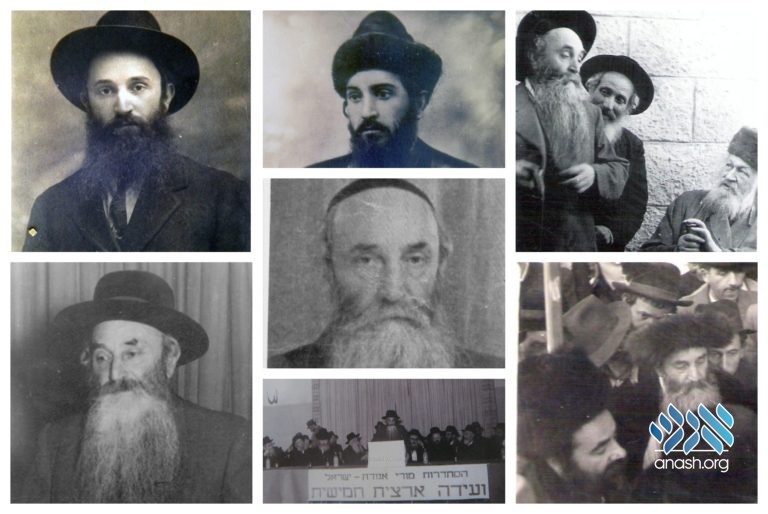 Tuesday, 20 Tammuz is the yahrtzeit of the great gaon Rav Avrohom Chaim Noeh of Chevron and Yerushalayim.

Born in Chevron in 1890, young Chaim spent much time in the shul where the Sdei Chemed – Rav Chaim Chizkiyahu Medini – learned and received people. Reb Chaim – as a young child – would often answer the sha’alos that people came to ask.

The Noeh family moved to Yerushalayim when young Chaim was a young bochur. At the age of 21, several years after getting married, he traveled to Bukhara in East Asia b’shlichus of the Rebbe Rashab to help strengthen the kehillos there that were suffering from a lack of rabbonim to educate the people. Soon after arriving there he wrote an important sefer for young men in the Judaeo-Bukharian dialect, a feat that he taught himself by using a chumash translated to Judaeo-Bukharian.

After returning to Eretz Yisroel he devoted his life to writing the many seforim he would eventually author, seforim that among others solidified the shiurim (amounts) that people needed for fulfilling many day-to-day and otherwise important mitzvos. Seforim that helped Chassidim understand the rulings of the Alter Rebbe in his siddur. And many more.

Reb Chaim Noeh was firm in his rulings and did not back down, even in the face of opposition from some circles. He knew that he had the backing of countless Gedolei Yisroel, Rishonim and Achronim throughout the generations, as well as the Haskamos of many of his contemporaries, from across the spectrum.

In an interview with his daughter, Mrs. Rochel Silber, she described the small 2+ bedroom apartment they lived in – her parents and ten children. One bedroom for the children and one for the parents. The writing-table was in one corner of the children’s bedroom. She recalled how her father would be up all night learning and writing his seforim, and as morning came he would say Krias Shma and retire for the “night.” She’d wake up to hear her father lein Krias Shma in that sweet tune, and then go back to sleep.

Her sister, Mrs. Chana Kozlovsky once asked her father why he’d write the seforim at night when he could be doing it during the day time? his response: “If I’d write during the day when the kids are around I’d have to tell them to stop playing. I didn’t want to do that, so I write at night,” He said.

Reb Chaim received tremendous respect from all circles in Eretz Yisroel and beyond. Despite their disagreements, the mutual respect between the Chazon Ish and Reb Chaim Noeh was a sight to see, with the former accompanying Reb Chaim out the door of his home when he’d leave from his visits. Other Gedolei Yisroel, such as the Brisker Rov, Rav Yitzchok Zev Soloveitchik, saw in Reb Chaim Noeh the man who could unite the many factions of frum society and enlisted him to help strengthen Yiddishkeit in the early days of the State.

Reb Chaim didn’t live to see the publications of many of his writings, with many of them are still unpublished to this day. He passed away on the 20th of Tammuz, 5714/1954, at the age of 64.