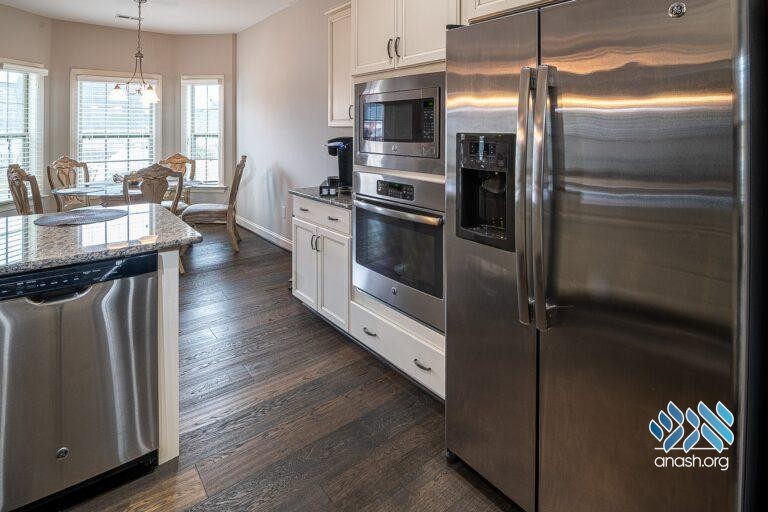 Rabbi Shimon Posner, shliach to Rancho Mirage, California shares a powerful life lesson he learned from Mrs. Miriam Feldman, who passed away a few days ago.

Do you know what it means to say thank you? I mean, do you really KNOW what is means to say “thank you”? Miriam Feldman did.

She was a fresh newlywed when she and her husband left familiar New York and trekked to Nashville to fill a spot in Meharry Medical College. There they met Lubavitch, namely, my most esteemed mom and dad Rabbi and Mrs. Zalman Posner, “the Rebbe’s man” as my father described a shliach, in this little corner known as Athens of the South.

The Feldmans were in Nashville just a few years, and I was a baby when they were there. My first conscious memory of Mrs. Feldman is when I was five or six, at a wedding with my parents, and my mother showed me to Mrs. Feldman “This is Shimon,” and Mrs. Feldman answered, as people do when they see an infant metamorphosed into a five years old. “Wow.”

Over the years my mother would mention how whenever she saw the Feldmans, Mrs. Feldman never forgot to express her gratitude for “bringing them to Lubavitch”, a colloquialism for gifting a person an excitement for a vivid, vibrant Jewish life…and mind…and heart. And so I knew the Feldmans.

A transition in life it was and when their eldest daughter was getting married: it was with a well-deserved sense of arrival and excitement. They had already been Crown Heightsers for a decade or so, they were well-received, the wedding hall was full and they were ready for the badeken. My parents flight from Nashville was delayed by just too long and they were going to miss the chuppa.

Or so I thought.

“We’re not going to the chuppah without the Posners,” Mrs. Feldman said softly in a tone which allowed no dissent. “They brought us this far; we’re not going forward without them.” The chuppah was delayed and all the guests kept waiting until my parents arrived.

Some years later the Feldmans were at the bris of their first grandson, and their daughter told them that some old friends were surprising them and pulling up to the bris in a few moments, so come out to the curb to see them. “Will I recognize them?” asked Mrs. Feldman. “Oh yeah,” answered her daughter, “you’ll recognize them.”

At the bris their son-in-law made repeated mention of Rabbi and Mrs. Posner, “they are the ones who brought my wife’s family to Lubavitch!” he cried in a voice thick with emotion. And so it was, that the gratitude Doc and Mrs. felt was now firmly implanted in the next generation.

For all these years, I thought Mrs. Feldman’s gratitude was a window into her refined character, but I now realize it is way more than that. It is a sign of her Chassidishkeit, her devotion and appreciation of her Yiddishkeit: that she treasures her Yiddishkeit because it gives such dimension to her life, such vividness to her most personal moments, such wonder in the ordinary and such joy in the extraordinary. And so naturally, if someone helped you find this treasure in your own backyard, in your own home, inside of you, then naturally, as a matter of course, your gratitude to them will be profuse.

Gratitude, as we know from Modeh Ani, flourishes on a bedrock of humility, for humility allows us to see beyond the opaqueness of self. It takes, counterintuitively, a profound confidence to be able to reach such depths of humility, to acknowledge that “I can’t do it alone” and what a gift it affords you to be able to gaze with love at the ones who gave you what you were (empirically more than likely) not headed to finding on your own.

And G-d Al-mighty, a sense of humor he has. For their son-in-law’s grandfather helped my wife’s family find their way to a Yiddishkeit that is unmitigated, bouncing off the walls, contagious. Gratitude is embedded with kickback.

And so in Crown Heights, my children and I knew that there was a home that was always open to us, for we are the recipients of a woman’s gratitude to those who have past. I’m quite sure that when Mrs. Feldman got up there, my mother was graciously showing her around, and showing her the best place to stand when you’re asking for the good stuff for your children, peace on earth, redemption for mankind or whatever.

For me, Mrs. Feldman taught me, that my Yiddishkeit gets its oxygen through expressing gratitude to those who helped me find it. I hope that this is a small comfort to her family.