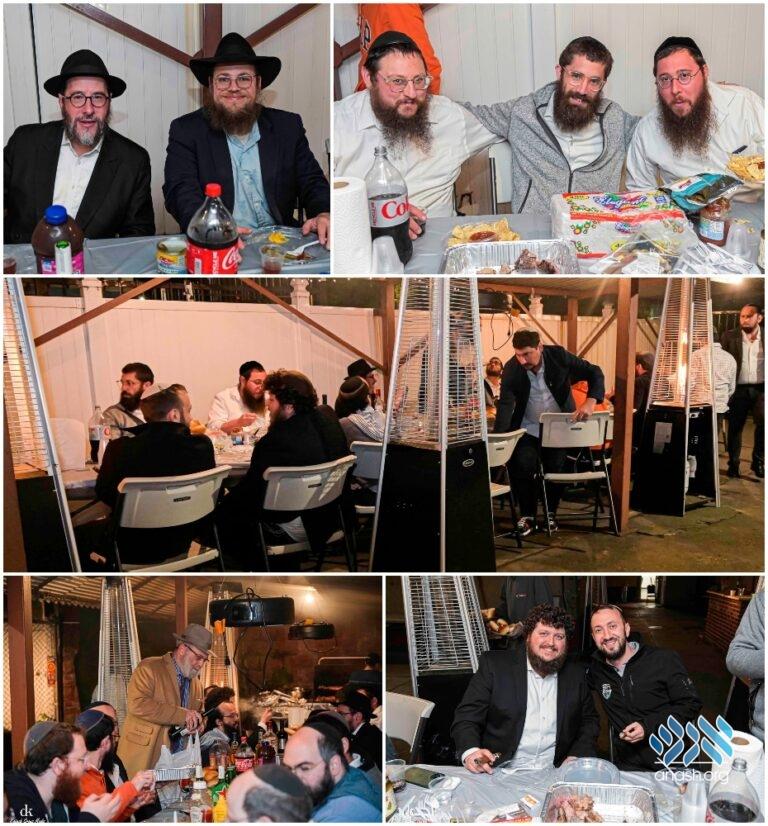 A bbq farbrengen and bonfire at Nosson’s Shul of Crown Heights celebrated 12 years since the shul was founded, and marked the 12th yahrzeit of Nosson Deitsch, after whom the shul was named.

Members of Nosson’s Shul gathered for an annual event marking the shul’s anniversary and the yartzeit of its namesake Nosson Deitsch a”h, together with a Lag B’Omer celebration.

The Shul was founded on Lag B’omer 5770 in memory of Nosson Deitsch a”h, by a number of his friends, just a short few hours after his tragic passing.

In the years since, it has grown, under the leadership of Rabbi Chaim Yisroel Wilhelm, and Shul President Mendy Wilhelm, to be a pride of the entire Crown Heights community. Earlier this year, the shul moved to a new building in South Crown Heights, where they serve as a beacon of Torah, tefillah and community.