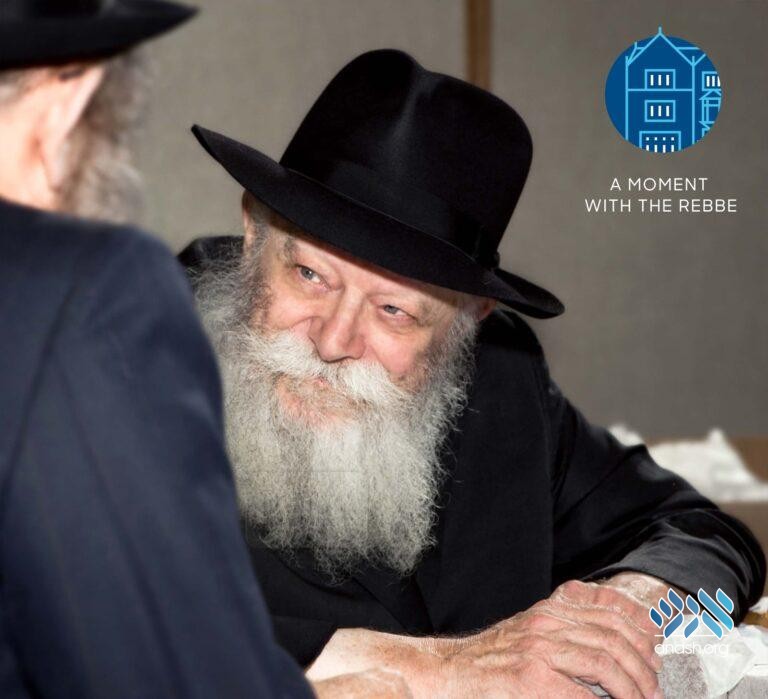 A Moment with the Rebbe: When Rabbi Chaim Farro needed funds for his activities in Manchester, England, he didn’t believe that he could collect for it in the US. But the Rebbe showed him otherwise.

When the shliach Reb Chaim Farro set out to purchase a building for activities in Manchester, England, he received great encouragement from the Rebbe. Upon the Rebbe’s instruction, he followed the Rebbe after mincha into Gan Eden Hatachton, and the Rebbe began talking to him while standing next to the door of his room.

The Rebbe said, “You should raise funds for the building here, in America.”

Reb Chaim was baffled. “But it is difficult to collect money in America, for a mosad that serves the Manchester community,” he said.

The Rebbe was not pleased with the argument, “We constantly talk about ahavas Yisroel, and no one hears what’s being said! Tell them that these are Yiddishe kinder (Jewish children), and it makes no difference whether they live here or in Manchester!”

The Rebbe went into his room and returned holding a Kuntres Ahavas Yisroel and ten bills of ten pounds each. The booklet was a gift to Reb Chaim, and the bills were to be used to raise the funds.