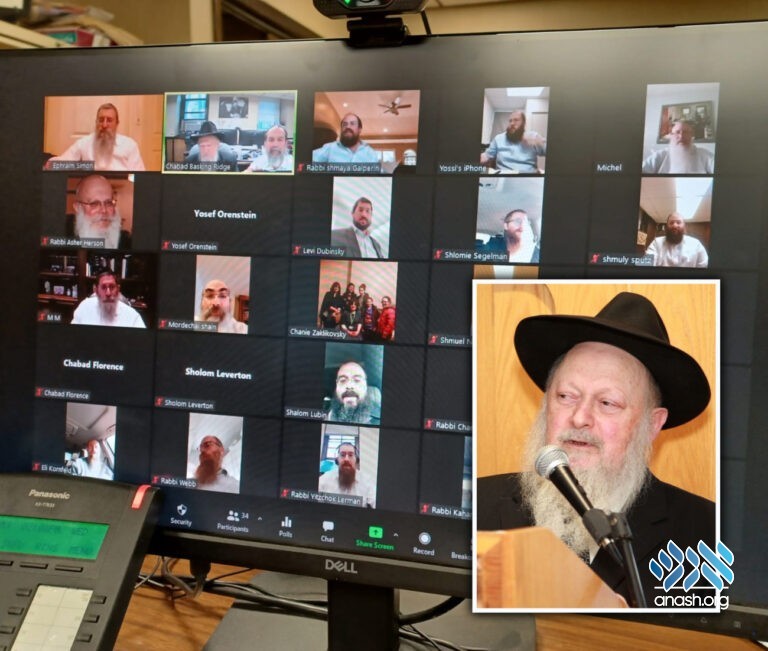 New Jersey Shluchim announce new initiatives in honor of the Rebbe’s 120th birthday, with a goal of at least one mosad to be opened by each one of the 63 Chabad Houses throughout the State.

Momentum is rising in preparation for the Rebbe’s 120th birthday, which will occur on Yud-Alef Nissan this year.

In a meeting this Wednesday, Shluchim from across the State of New Jersey decided on a state-wide gift of new mosdos to the Rebbe, with a goal of at least one mosad to be opened by each one of the 63 Chabad Houses throughout the State, joining in a global initiative spearheaded by Vaad Or Vechom Hahiskashrus, a division of Iggud Hashluchim.

Among the initiatives announced by the meeting were new buildings, a fund to assist Shluchim in the need of mental health care, and a Simcha fund to assist salaried Shluchim in family simchas. Plans to create a central database to assist NJ mekuravim in finding shidduchim and an organization to assist children from troubled backgrounds are in the works.

This is only one of a number of locations where Shluchim met and undertook goals of new initiatives to be launched this year, on the heels of the resolution by over 50 Head Shluchim earlier this month to establish at least 1,210 new institutions by 11 Nissan 5783. Already several hundred mosdos have been undertaken during a meeting coordinated by the Iggud Hashluchim.