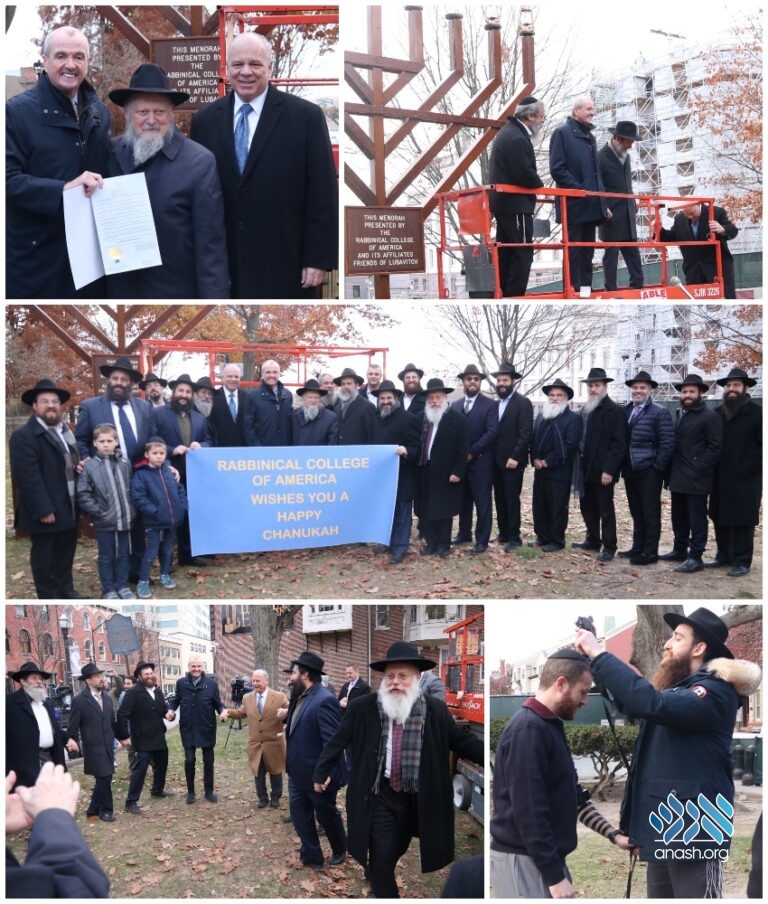 During a public Menorah lighting at the New Jersey State House, Governor Phil Murphy surprised the crowd with a State proclamation recognizing Rabbi Moshe Herson’s 50 plus years of service and the Rebbe’s Shlichus in the State of NJ.

As per the Rebbe’s instructions, there has been a Public Menorah Lighting for the past 40 years at the New Jersey State House in Trenton with Governors of both sides of the political divide.

This year, Rabbi Mendy Herson, Associate Dean at the Rabbinical College of America presided over the event in the presence of NJ Governor Phil Murphy, State Senate President, Stephen Sweeney, elected officials, community leaders, and Shluchim from throughout NJ.

Rabbinical College of America Trustee, Miles Berger, presented the Governor with an artistic Dreidel on behalf of the entire RCA community.

Governor Murphy again pledged his commitment to the Jewish Community and to fight against anti-Semitism in the State. The Governor surprised the crowd with a State proclamation recognizing Rabbi Moshe Herson’s 50 plus years of service and the Rebbe’s Shlichus in the State of NJ.

Joyous singing and dancing spontaneously erupted with all assembled.

From there, Shluchim proceeded to the extravagant 75 car Menorah parade escorted by local and state police. A special thank you to Sheriff James Gannon for all his assistance with the parade.”