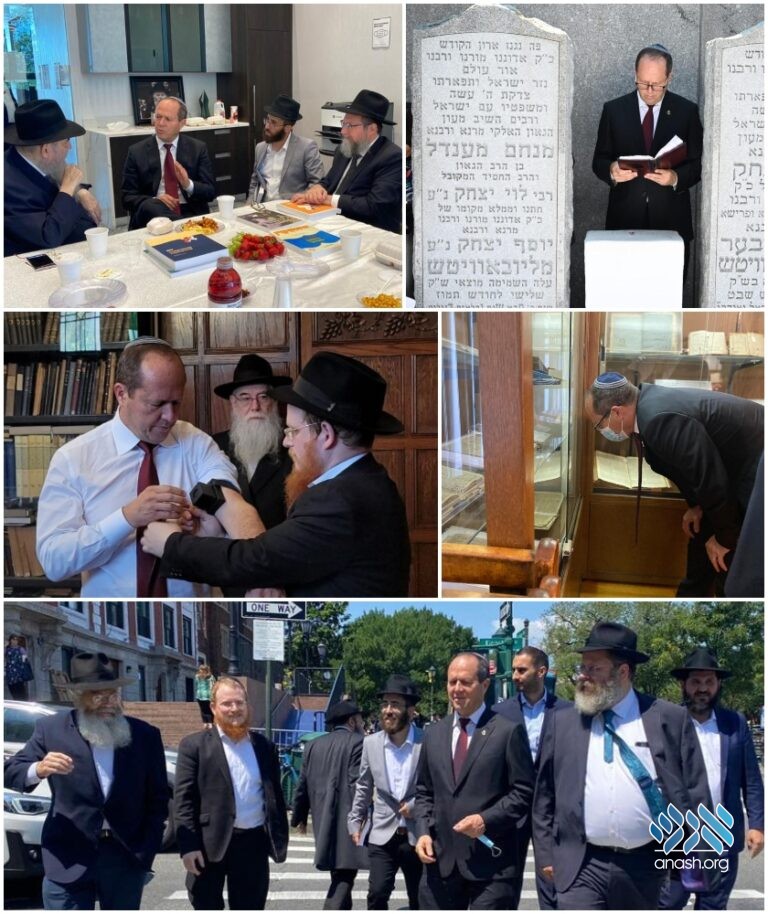 Senior Israeli Knesset Member Nir Barkat, concluded his high-profile trip to Washington, DC, with a visit to the Rebbe’s Ohel and 770 Eastern Parkway.

After concluding a high-profile trip to Washington, DC, senior Israeli Knesset Member Nir Barkat, visited the Rebbe’s Ohel in Queens on Friday, to daven on behalf of the success of Israel and Chabad Shluchim around the world.

“As part of my advocacy visit in the United States, I prayed at the Ohel of the Lubavitcher Rebbe in New York for the success of the people of Israel and the State of Israel, the well-being of all IDF soldiers and security forces, and in benefit of Chabad emissaries around the world,” he wrote.

Barkat spent the past few days in the United States to lobby the Biden Administration not to reopen a diplomatic consulate to the Palestinians in western Yerushalayim that President Donald Trump closed in 2019, and introduce himself to American leaders who don’t yet know him.

Following his trip to the Ohel, Barkat traveled to Crown Heights where he prayed in the Rebbe’s room at 770 Eastern Parkway. He was then given a tour of the Library of Agudas Chasidei Chabad, and the office of WLCC.

While in Crown Heights Barkat met with Rabbi Moshe Kotlarsky, the Vice Chairman of Merkos L’Inyonei Chinuch, Rabbi Ephraim Mintz director of JLI, and Rabbi Mendy Kotlarsky, director of Merkos 302. The group discussed the Rebbe’s approach to matters of shleimus haaratz, the work of the Rebbe’s shluchim around the world, and the educational work of JLI.

The former 2-term mayor of Yerushalayim is expected to challenge Benjamin Netanyahu for the Likud party leadership in the next intraparty election and is widely seen as a potential future prime minister of Israel.

Before taking a seat in the Knesset in 2019, Barkat served for 10 years as the mayor of Yeshushalayim, overseeing the city’s tremendous growth. He presently serves as a senior member of the Likud party.