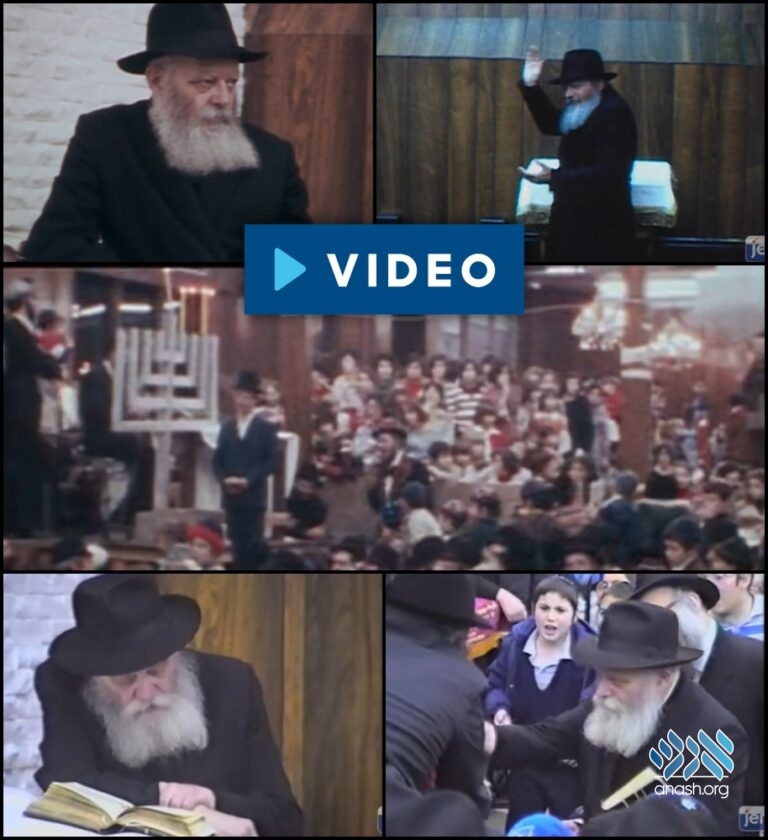 Hours of newly published videos of Menorah lighting in the Rebbe’s presence, vivid color scenes from children’s rallies in the 1970s, and many more Chanukah scenes by the Rebbe were just released.

“Listen carefully to the Chanukah lights,” the Friediker Rebbe famously said, “and hear them whisper the message of Chanukah.”

The Rebbe often repeated this message in Sichos and letters throughout Chanukah. In practice, the Rebbe would often be seen gazing at the flames with a serious look during the lengthy singing of Haneros Halalu, before joyously encouraging the end of the Nigun.

In honor of Chanukah, JEM has published hours of never before released videos of Chanukah in the Rebbe’s presence. This includes vivid color scenes from children’s rallies in the 1970s, beautiful footage recorded by Rabbi Sholom Ber Goldstein of rallies and Sichos in the 1980s, and full length videos of the famous Chanukah Live broadcasts by JEM in the 1990s, in addition to many full length WLCC videos.

A complete index of all the new releases, many hours of videos, can be found here and is constantly updated throughout Chanukah.

Made possible by the members of The JEM Foundation.

The videos have been meticulously restored as part of the Living Archive preservation project, funded by the Rohr Family Foundation and by Benyamin Federman, in tribute to his parents.