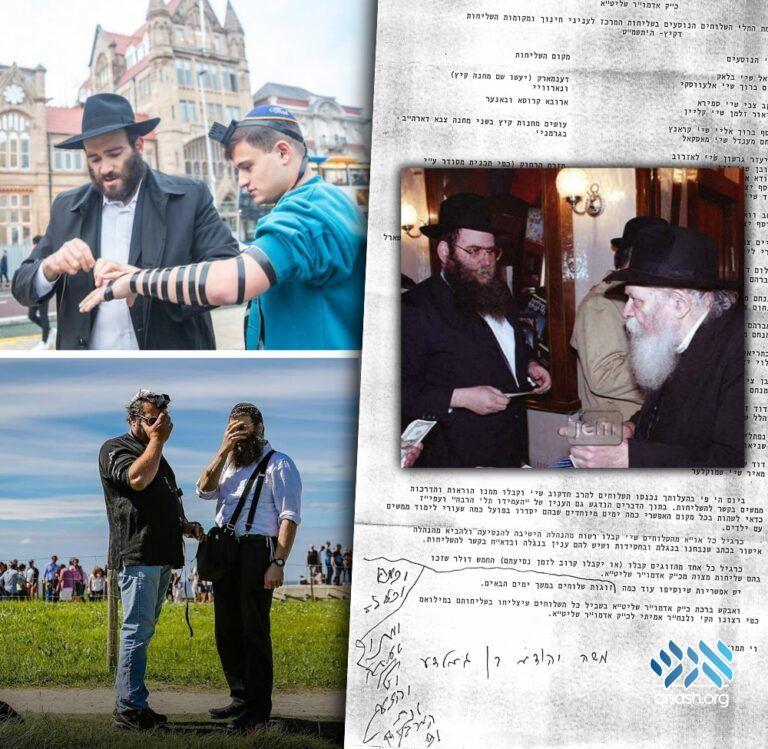 A newly discovered Merkos Shlichus duch with the Rebbe’s handwritten response was discovered just as the registration for this summer’s Merkos Shluchus opened up, giving a much-needed boost to redouble efforts.

While sifting through his archives, Rabbi Moshe Kotlarsky came across an original copy of a Duch regarding Merkos Shlichus with an eye-opening response he had received from the Rebbe.

Amongst his responsibilities as director of the Merkos Shlichus project, Rabbi Kotlarsky would send in a list of names of the Bochurim and the Shlichus locations they would be traveling to for the Rebbe to look over and give his approval. On the 6th of Tammuz 5749, Rabbi Kotlarsky submitted the annual Merkos Shlichus list to the Rebbe. He also noted the possibility of adding a few additional pairs of Bochurim and locations to the list. In His holy handwriting, the Rebbe added: “Kama V’Kama” – “more and even more,” places and Bochurim should be added.

For nearly 80 years, Bochurim have been dedicating their summers to Merkos Shlichus. Since the early years of Chabad in America, Bochurim set out each summer, armed with Tefillin, Mezuzos, and Jewish books, to visit cities and towns across the world. Many of the destinations have little or no year-round Jewish infrastructure. For the majority of the Jews visited, it is the only exposure to Yiddishkeit they have all year. Bochurim return year after year with inspiring stories and truly uplifting experiences.

“Especially dear to the Rebbe, the Summer Merkos Shlichus is one of the longest-running projects organized by Merkos L’inyonei Chinuch,” said Rabbi Kotlarsky Vice Chairman of Merkos L’Inyonei Chinuch, and appointed by the Rebbe to head the Merkos Shlichus program. “As seen in this Duch, the Rebbe cared for every detail and wanted thorough reports about each location. Bochurim took much pride in being part of these reports.”

In tune with the Rebbe’s constant demand to be ‘Mosef V’Holech,’ constantly adding and growing, Merkos Shlichus has seen tremendous growth in recent years. While the Duch from 5749 lists only 14 pairs of Bochurim, the program has come to dispatch hundreds of Bochurim each summer, with more and more Bochurim signing up every year.

This year, as part of the “Tripling our Efforts – Dor Shekulo Zachai” commitments made by the Kinus Hashluchim, the Merkos Shlichus Office is determined to add even more locations and bochurim for this summer. With large parts of Europe non-accessible due to the conflict in Ukraine, new countries and locations are being explored so that every Jew can be reached and every Bochur can have the opportunity to fulfill the Rebbe’s Shlichus.