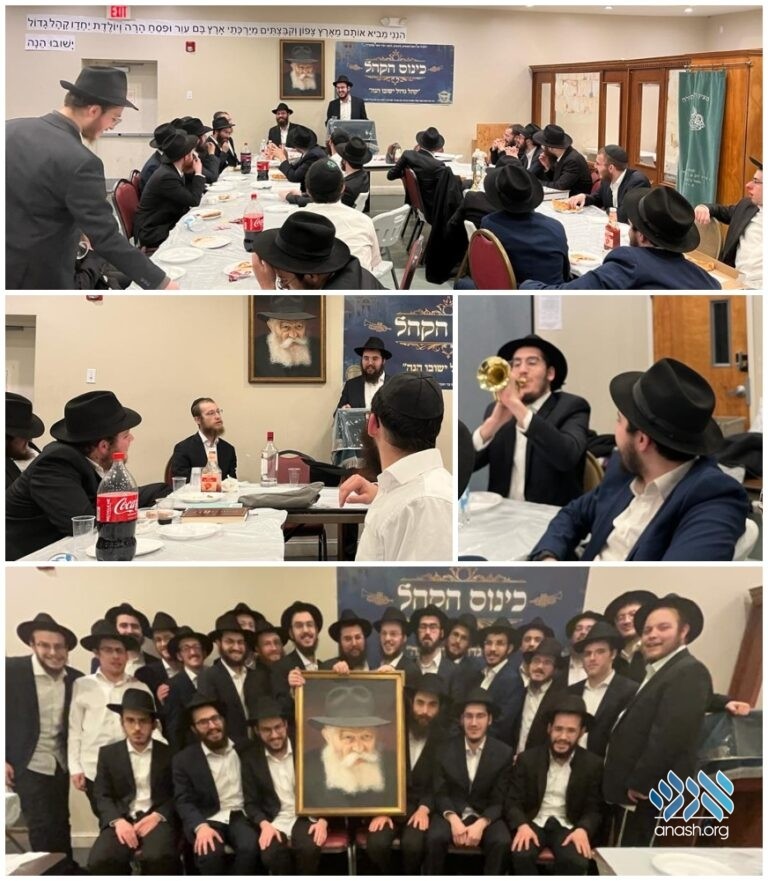 Talmidim HaShluchim from yeshivos across New York and New Jersey gathered for a Hakhel Melava Malka hosted by the shluchim of Mesivta Lubavitch of Monsey.

The Shluchim gathered from Monsey, Pomona, Westchester and Morristown yeshivos.

The shluchim farbrenged together about their Shlichus, listened to their fellow shluchim share sichos, stories, divrei hisorerus, and Siyum Harambam on Hilchos Shegagos.

Speakers included: Rabbi Sender Lustig – Menahel of Monsey Yeshiva, Mendy Blesofsky – Shliach in Monsey, Mendel Balamu – Shliach in Westchester, Avremi Goren – Shliach in Morristown, and Levi Yarmove – Mashpia in Monsey. In the spirit of Hakhel the speeches were in English, Hebrew and Yiddish.

The Melava Malka was followed by spontaneous dancing and a group picture.