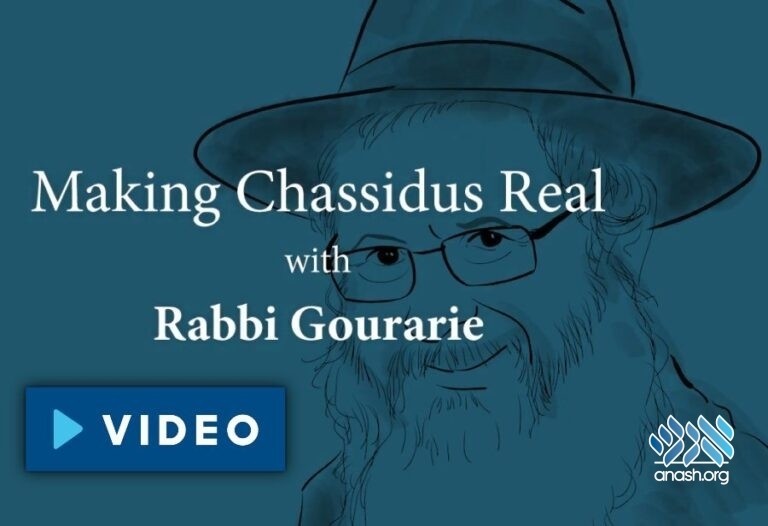 A new video series called ‘Making Chassidus Real’ will share how to connect to and apply the lofty teachings of Chassidus and will clear up some misconceptions about what it means to live with Chassidus.

Everyone wants to live a higher life based on the teachings of Chassidus. Yet often the lessons seems so high and lofty that it’s not clear what ordinary people in 2022 can take from it.

Rabbi Michoel Gourarie is known for his solid down-to-earth outlook and clear communication. A new series, released by BINA Sydney, will feature Rabbi Gourarie discussing how to connect to and apply those lofty ideas. He will also clear up some misconceptions about what it means to live with Chassidus.

“Many people have told me that they learn Chassidus but find many of the ideas there are out of reach,” Rabbi Gourarie shared. “In this series, we will attempt to offer a new outlook on how to make Chassidus real for ordinary chassidim like us.”

The series called ‘Making Chassidus Real’ will publish short weekly videos and will be featured each week on Anash.org.