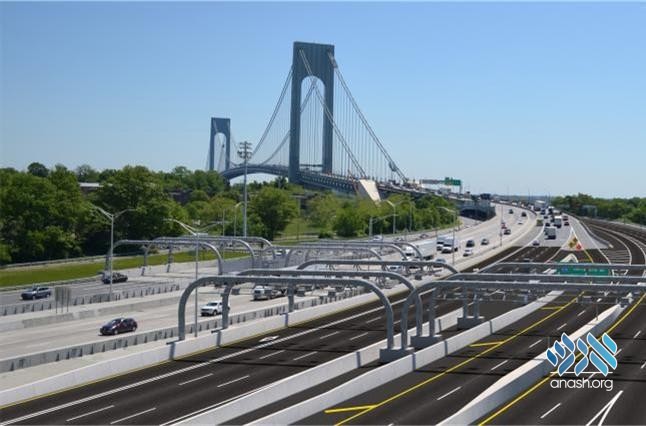 Beginning on Tuesday, split tolling will begin at the Verrazano-Narrows Bridge, in which vehicles will be be charged half the former fee, but will need to pay to travel in each direction.

Beginning on Tuesday 15 Kislev, Dec 1, split tolling will begin at the Verrazano-Narrows Bridge (VNB). Federal law now requires vehicles to pay half the previous toll charge, but to pay the amount in each direction.

In 1964, when the bridge opened, travelers had to pay a toll in both directions. Over two decades later, in 1986, the law changed, with the VNB charging a double, one-way toll in the Westbound direction only, in order to decrease traffic in the eastbound direction.

Now, following the full implementation of EZ Pass and cashless tolling, one-way tolls will be a thing of the past, with vehicles charged half the fee, once in in each direction.

The new cost for EZ Pass users is $6.12 in each direction as opposed to the former one-time charge of $12.24. As usual, discounted rates will be available for Staten Island residents.