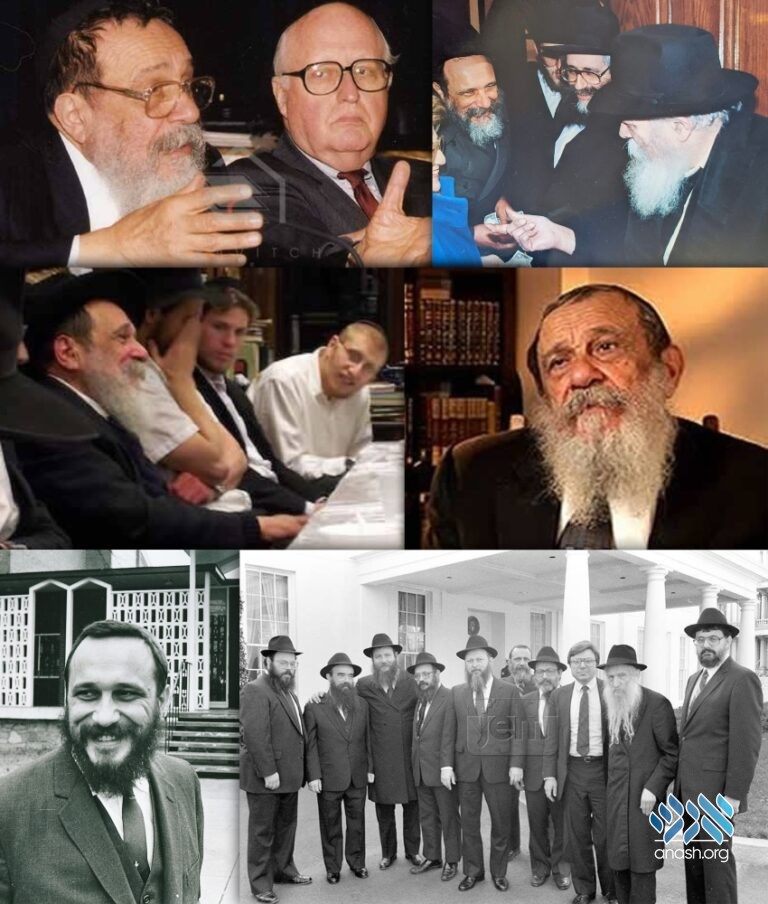 Rabbi Zalman and Rebbetzin Risya Posner spent close to 60 years as trailblazing Shluchim of the Rebbe and paragons of communal service to Nashville, Tennessee. Now their children, grandchildren, and admirers, are writing a Torah to honor the legacy of these two pioneers of Chabad in America.

Rabbi Zalman and Rebbetzin Risya Posner spent close to 60 years as trailblazing Shluchim of the Rebbe and paragons of communal service to Nashville, Tennessee. Now their children, grandchildren, admirers, and the many Jews they have impacted are writing a Sefer Torah to honor the extraordinary legacy of these two pioneers of Chabad in America.

Risya, better known as Rita to her Nashville community and Didi to family, was born in 1927 Rochester, NY, and raised in Brooklyn, the newly American daughter of an old stock Lubavitcher family; her father was the chossid HaRav Shlomo Aharon Kazarnovsky, and her grandfather the illustrious shochet Reb Asher of Nikolayev. She grew up away from the Lubavitch population centers of the day, in Bensonhurst, where her father served as rabbi of two local shuls, in addition to a leadership role within Agudas Chassidei Chabad.

“As far as I knew as a girl, we were the only Lubavitch family [in the world],” Rebbetzin Posner recalled in an interview with journalist Sue Fishkoff.  “The only place I heard Lubavitch niggunim (melodies) was at our Shabbos table.”

Underscoring her remarkable upbringing in pre-war New York, years before the founding of Beis Rivka, young Risya would commute into Manhattan each day, to attend a specialized high school for music and arts. There, as one of the school’s few religious students, she was able to develop her natural artistic ability and a lifelong interest in photography, without losing a firm sense of her Yiddishe and chassidishe identity.

It was in 1940, while waiting with throngs of other chassidim for the Frierdiker Rebbe’s ship to sail into New York Harbor, that she was struck with a realization that would animate her for the rest of her life. As she stood there in her “camel coat with brown buttons and a brown broad-brimmed hat,” she listened to melodies being sung by the Chassidim, and suddenly became aware that they were the same niggunim sung at her Shabbos table: These were her fellow Lubavitchers. “You can create a sense of belonging to something without it actually being there in front of you,” she told Fishkoff.

Standing at the same pier that day was another young Lubavitcher whose life would soon become deeply intertwined with Risya’s. Zalman was the same age as his future bride, but had been born in British Mandatory Palestine, and arrived in the States with his family just a couple of years later. At the instruction of the Frierdiker Rebbe, his father Sholom Posner had been posted to Chicago, then Pittsburgh, while a precocious ten-year-old Zalman was sent off to yeshiva in New York with his brother Leibel.

While still a teenager, his extraordinary gifts as a scholar, public speaker, and activist began to emerge, leading to several significant appointments as an emissary of the Frierdiker Rebbe. In the immediate aftermath of the Holocaust, he was sent to Europe, to lend succor and support to the survivors lingering in Displaced Persons camps and still reeling from the horrors of the war. Back in the States, even before his marriage to Risya, Zalman was sent to take up a pulpit position as rabbi of Congregation Sherith Israel, down south in Nashville, Tennessee.

In 1949, a young rabbi with Zalman’s talent and charisma might be expected to spend a couple years in the Jewish American periphery before heading back north for a real pulpit, as it were. But Rabbi Zalman and Rebbetzin Risya were about to model a new kind of lifelong communal devotion, as members of a new cadre of public servants: Shluchim. They would remain at Sherith Israel for the next half-century, and remain an inspiration to this day.

It wasn’t just sticking around in Nashville that made them pioneers. When they founded the Akiva School in 1954, Nashville was the smallest Jewish community in America with a day school. Soon they would also start a Chabad pre-school, to which Rebbetzin Posner utterly devoted herself until her passing in 2007. The Posners would also start hosting Sunday night get-togethers at their home for students from nearby Vanderbilt University, eons before the term “campus Shluchim” even existed. Rabbi Posner was also instrumental in the legendary “Encounters with Chabad,” or Pegishas, periodically bringing students to Crown Heights for Shabbos.

“The presence of Rabbi and Mrs. Posner was so large,” one Sherith congregant later recalled, “that they made Nashville feel like a thriving, vital, energetic, frum community. New York, L.A and other large frum communities had nothing on us. It was the magic kingdom.”

An obituary published by Nashville’s Vanderbilt University after his passing recalls the profound impact he left on the college-and-country-music town: “Posner was able to connect with songwriters, singers, doctors, and Vanderbilt students and professors hungry for a Judaism that nourished them.”

Over the years Reb Zalman wrote extensively, and produced landmark English translations of several classic works of Chabad Chassidus: First and foremost his renditions of two sections of Tanya, Iggeres HaTeshuva and Iggeres HaKodesh, as well as Hayom Yom, Kuntres Uma’ayan, The Tzemach Tzedek and the Haskala Movement, On Learning Chassidus, and more.

He also wrote for academic journals of Jewish thought, like the RCA’s Tradition, as well as Sh’ma: A Journal of Jewish Ideas. His brilliant essays expounding on the place of traditional thought and practice in the modern day, originally formulated as responses to the questions students would pose to him, have been collected in the indispensable Think Jewish.

It was here, in communicating the wisdom of the Torah and Chassidus to the modern American ear, that Reb Zalman truly excelled. His articulate erudition and outstanding command of English – especially notable given that the only English schooling he ever had came straight from the bookshelf – made him a highly-sought after speaker at shuls, Chabad houses, and communities across the country. As an internally circulated flyer from that period attests, Rabbi Posner did not charge his fellow Shluchim a fixed fee for his service, despite doubtless being able to do so, but only whatever “they could afford to pay.”

A member of Chabad’s Pittsburgh community recalled with a smile the time she invited her mother to attend a talk Rabbi Posner once gave there. Having recently come to Chabad, her non-observant parents were struggling to accept the decision she and her husband had made in adopting the trappings of an ultra-Orthrodox lifestyle; their son-in-law’s beard was a particular sticking point. After listening to the rabbi’s characteristically impressive speech, the mother turned to her daughter triumphantly: You see? So you can be an Orthodox Jew without a beard, after all! That handsome rabbi is clearly very learned and respected, and he doesn’t have one.

But Mom, the daughter protested, he does have a beard!

The mother had been looking at him for the past hour, but had simply not seen it. It was as if she could not reconcile the worldly, knowledgeable, well-spoken man standing before her with the thought of something as embarrassingly Hasidic as a beard.

The story captures part of what made Rabbi and Rebbetzin Posner so special. They were among the first members of a new generation and a new kind of chossid, American-raised and fully conversant with the challenges of modern Jewish life, while remaining steeped in the rich chassidishe traditions and ideals of their respective families, and devoted to the Rebbe and their communities to the point of sacrifice. They were beautiful both to others and to G-d, in their memorable mix of classic and new. They truly embodied the very Torah that they taught: Timeless, yet ever-relevant.

Please consider honoring the legacy of Rabbi & Rebbetzin Posner, two incredible souls who forever impacted Yiddishkeit in America, by contributing to the Sefer Torah being written in their memory.

The Sefer Torah will b’ezras Hashem be housed in the recently expanded and refurbished Chabad of Palm Springs, in an Aron Kodesh built by one of their grandchildren.

You can participate in Torah Campaign here.