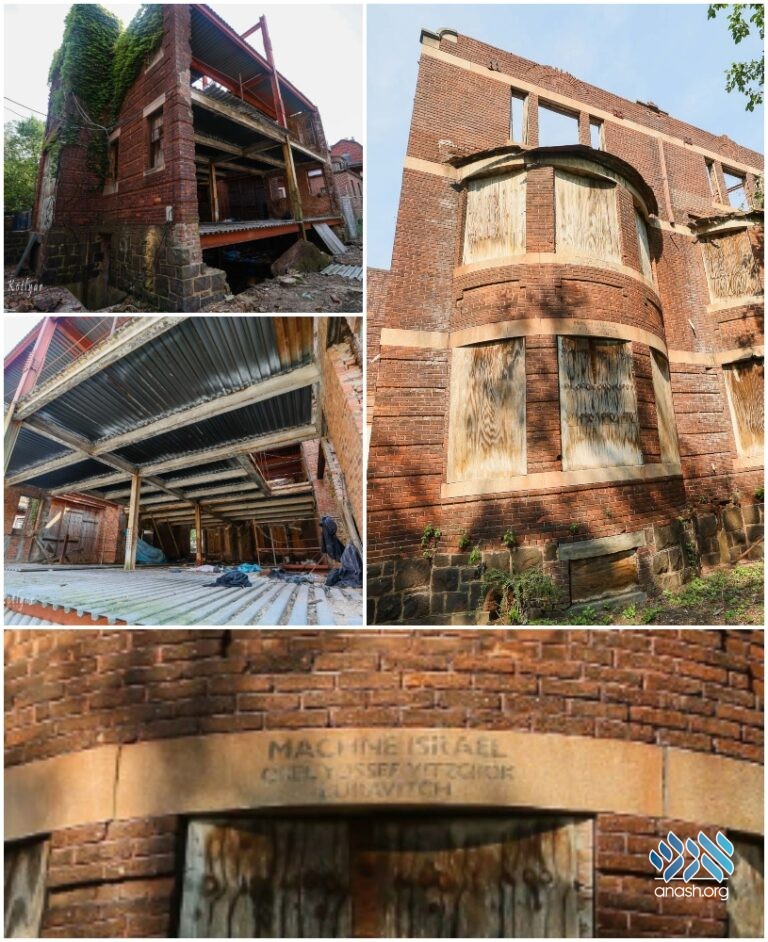 The historic Kollel building on Union Street, behind 770 Eastern Parkway, will be torn down and replaced with a temporary building, with room for the Kollel to move into, plus extra room for bochurim and anash to study.

The historic Kollel building on Union Street, behind 770 Eastern Parkway, will be torn down and replaced with a temporary building, with room for the Kollel to move into, plus extra room for bochurim and anash to study.

Kollel Menachem – the Chabad Lubavitch Kollel, was established by the Rebbe in 5722/1962, under the aegis of Machne Israel and the Rebbe’s Mazkirus. Under the leadership of Harav Yosef Heller, it has since become a renowned institution of Torah study serving students from around the world. For many years, the Kollel operated out of 1451 and 1453 Union Street between Kingston and Brooklyn, which were converted to use as a beis medrash. The Rebbe personally paid a visit to the building on a number of occasions, commenting on various aspects of the study hall, and encouraging the yungerleit to keep it neat and tidy.

In 5760, the Kollel moved from its original building on Union to its current location on Kingston between Union and Eastern Parkway. The move was meant to be temporary, to allow for a renovation of the Union building, but circumstances prevented the renovation from being completed, and the building was left as an empty shell for over two decades.

In the summer of 5781, the Kollel management began discussing the possibility of moving back to the Union building with the board of Machane Yisroel, headed by Rabbi Yehuda Krinsky. Entrusted by the Rebbe to expand Chabad World Headquarters at 770, Rabbi Krinsky hesitated to have a new building constructed at the Union site, which would be included in the 770 expansion according to the plans.

Instead, the Kollel management offered a new idea. They would put up a temporary structure on Union, which would allow the Kollel to utilize it for the time being, while at the same time allowing for it to be moved out as soon as the 770 expansion continued.

Rabbi Krinsky and the board of Machane Yisroel agreed, and plans began being put into place. After months of planning, including discussions with the neighbors, the work will commence shortly after Tishrei.

The demolition will begin in 3 weeks, and will take approximately 5 weeks. Construction of the new building will take a number of months, and the Kollel management hopes to have it completed and ready for the 5783 Kollel year. The new structure will have room for 300 people, which will allow the Kollel to greatly expand the number of yungerleit, and have room for many bochurim and anash to sit and learn as well.

A source involved in the project told Anash.org that the new building will allow for many long-held goals to be met; The Kollel would be able to move back to its rightful place, and expand to accept many more yungerleit. The new beis medrash will give anash and bochurim a place to learn just feet from 770, and the demolition of the original building, which had fallen into disrepair, would be a step towards the full expansion of 770.