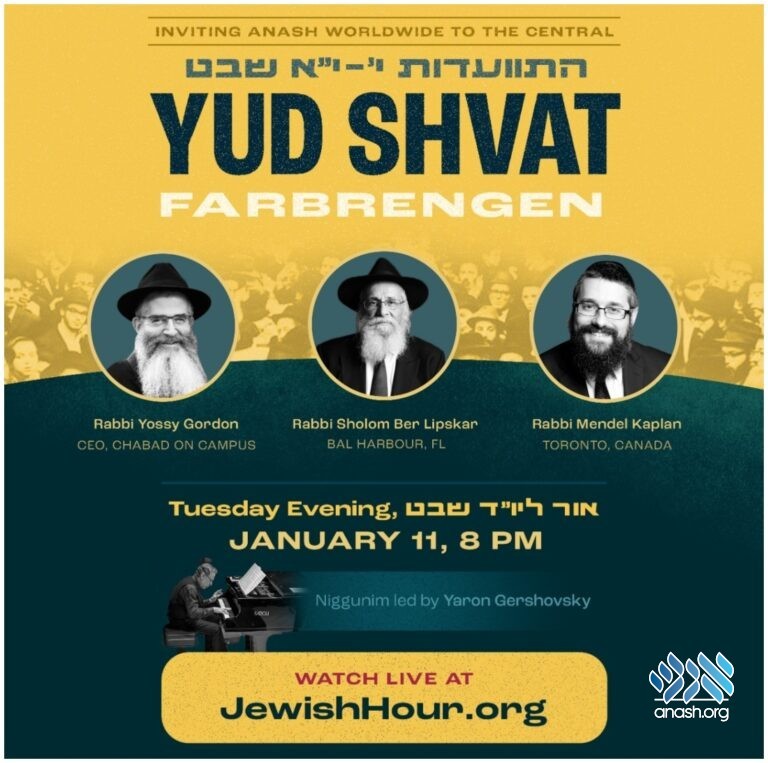 Next Tuesday, a meaningful and inspirational farbrengen will be broadcast live in honor of Yud Shvat. Rabbi Yossy Gordon, CEO of Chabad on Campus International, will host the evening.

It has just been announced that Rabbi Yossy Gordon, CEO of Chabad on Campus International, will be joining the line-up as the evening’s host and MC.

Rabbi Gordon has served as the CEO of Chabad on Campus for the past 15 years during which he guided its exponential growth and has played a fundamental part in the establishment of Chabad on Campus as a formidable force on nearly 800 campuses across the globe.

The musical segments of the event will feature famed pianist Yaron Gershovsky.

The farbrengen is being hosted by the NCFJE in conjunction with the Call of the Hour Campaign in support of Released Time.

This year for Yud Shvat, tune in to take part in a farbrengen that will leave you uplifted, inspired and will strengthen your hiskashrus to our Rebbe.

Join Anash worldwide at the farbrengen, broadcast live at JewishHour.org