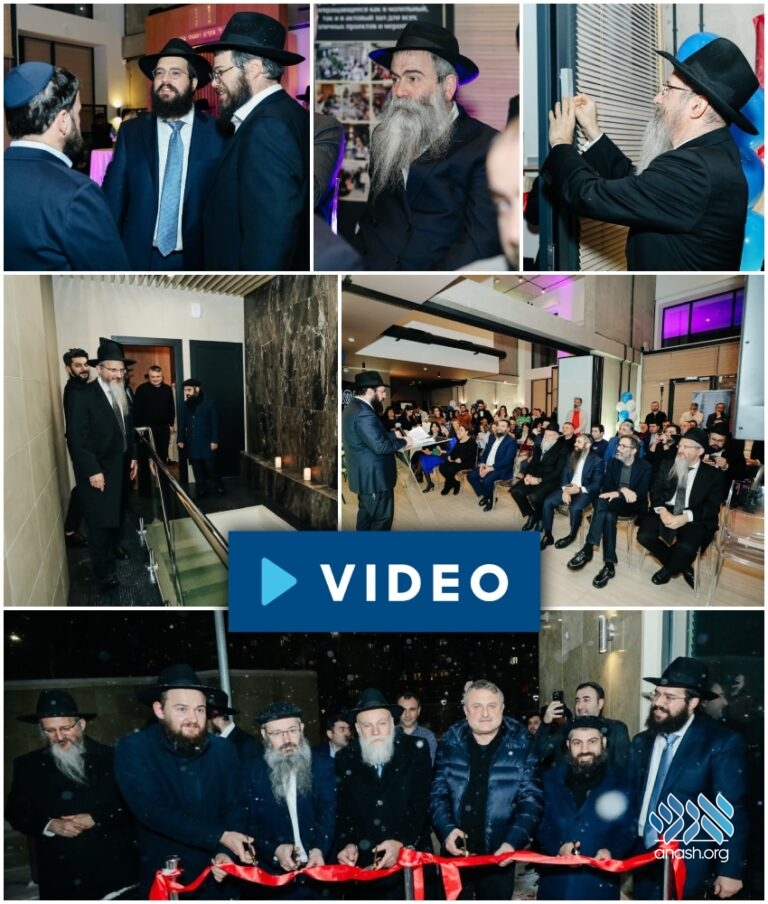 Chief Rabbi Berel Lazar dedicated a new Shul and mikva in Moscow’s new upscale neighborhood that will serve the thousands of Jewish families living in the area.

There is no doubt that one of the fastest growing areas in Moscow is along “Leninsky Prospect”, one of the city’s major highways leading southward from its center. It comes as no surprise then, that there are already 4 active Chabad Houses dotting it, and there is still where to grow.

The establishment of a prestigious neighborhood at a dizzying pace in one its quarters has brought many Jewish residents to the area, which had the local Chabad Shliach Rabbi Aizik HaCohen Rosenfeld looking to find a permanent home for the activities of the Jewish community which have developed in recent years.

Indeed, after a lot of effort, a large and suitable place was found in the area. The best architects and designers were brought in to build a befitting plan that would cater to the diverse Jewish population living there.

With Hashem’s help a Shul was built, with a rich library, classrooms, and, the highlight – a beautiful mikva that will serve the thousands of Jewish families living in the area.

The new place was inaugurated last week at an impressive ceremony presided over by Russia’s Chief Rabbi and Father-in-law of the Shliach Rabbi Rosenfeld, Berel Lazar.

The Grand Opening and affixing of the mezuzas took place at the end of “shiva” for Mrs. Pearl Aminov, whose son, philanthropist Mr. David Aminov dedicated his part in her beloved memory.

After the mezuzas were affixed, commemorative plaques were unveiled, and certificates of appreciation presented to the dear donors, thanks to whom the local Jews can enjoy such magnificent Jewish experiences led by Rabbi Aizik and Mrs. Blumi Rosenfeld throughout the year.