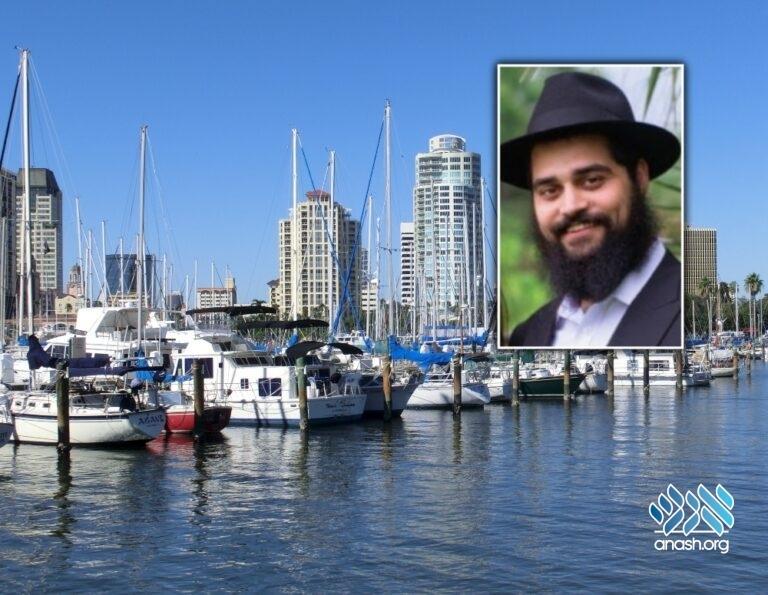 The Lebovics will be taking up the positions of Director of Youth Programming, including Hebrew School of the Arts, Camp Gan Israel, year-round youth activities, and Young Jewish Professionals.

Rabbi Mendel and Mushkie were appointed by Rabbi Alter and Chaya Korf, and will work with them to expand and enhance the ever-growing programs and activities of the Chabad Jewish Center.

“With the exciting development of building the new Center and the exceptional local growth over the past few years, we are confident that Rabbi Mendel and Mushkie will help take our community to the next level of growth,” Rabbi Korf said.

Rabbi Mendel Lebovics born and raised in Lauderhill, Florida. He spent his high school years in Chicago, and continued his studies in Yeshivas in Toronto, Ontario and Brooklyn, New York. He spent a year of internship in outreach in Chicago, Illinois and then completed his Rabbinic Ordination. Rabbi Mendel worked with Chabad Headquarters coordinating “Ach Sheli” (“My brother”), a virtual program pairing up big/small brothers to learn together once a week. He initiated in-person meet-ups regionally in the States and internationally.

Rabbi Mendel has spent many summers running Jewish camps all around the US and Canada. He is also a talented cantor and has assisted many Jewish communities all around the world.

Mushkie (Korf) Lebovics was raised in S. Petersburg FL. After graduating from the Lubavitch Girls High School in Chicago, Illinois, she went to study at Beth Chana Seminary in Tzfat, Israel where she received a teacher’s diploma in Education. Returning to the States, she taught in the Chabad Hebrew School, taught classes for women and coordinated volunteer teams during COVID.

Mushkie spent many summers running Camp Gan Israel of S. Petersburg, as well as other Jewish camps in the US and Canada.

“Known and loved for their warmth and friendliness, Rabbi Mendel and Mushkie are well experienced in engaging with youth and young adults. Rabbi Mendel is also a wonderful and experienced cantor and will enhance our weekly Shabbat and holiday services with his beautiful singing,” Rabbi Korf said.

To support the new shluchim, please go to ChabadSP.com/Donate and include in the comments “in honor of Rabbi Mendel and Mushkie”.