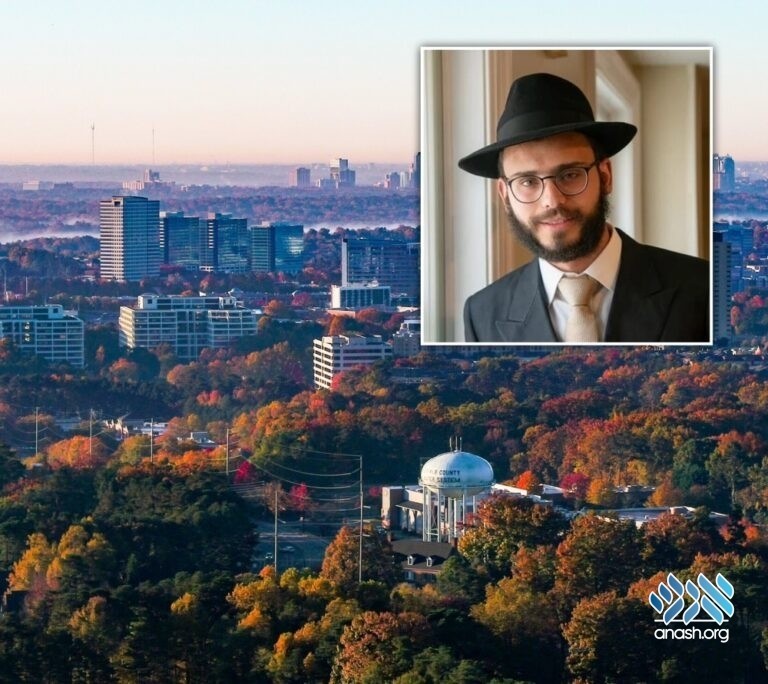 Rabbi Mendy and Sara (nee Thaler) Wineberg were recently appointed as the shluchim to Dunwoody, Georgia, a suburb northwest of Atlanta.

An Atlanta suburb known for being an attractive suburban area, and home to thousands of Yidden, will be getting their very first Chabad House, with the recent appointment of Rabbi Mendy and Sara (nee Thaler) Wineberg and their daughter Musya as shluchim to the area.

The Winbergs, who were appointed by Rabbi Yossi New, Head Shliach to Georgia, will be shluchim to Dunwoody, Georgia, a suburb northwest of Atlanta. The city boasts many parks, the Dunwoody Nature Center, and other attractions. The city also hosts a JCC and a frum Shul, but no Chabad House, yet.

The new Chabad of Dunwoody will start with a Hebrew school in the near future, and will begin launching community programs over the Tishrei Yomim Tovim. Mrs. Winberg will also be working as a program director for the Chabad school in Sandy Springs, Georgia

Mendy is originally from Johannesburg, South Africa. As a bochur, he was sent on shlichus to Yeshiva Gedola of Melbourne and later received semicha in the central Yeshivas Tomchei Tmimim at 770. For the past two years, he has been running the Manhattan Semicha program on the Upper West Side.

Sara grew up in Los Angeles. She attended Beis Chana in Tzfas for Seminary and has been running Beis Rivkah’s afterschool program for the middle school for the past three years.

To help kickstart the new shlichus, please donate at charidy.com/dunwoody.