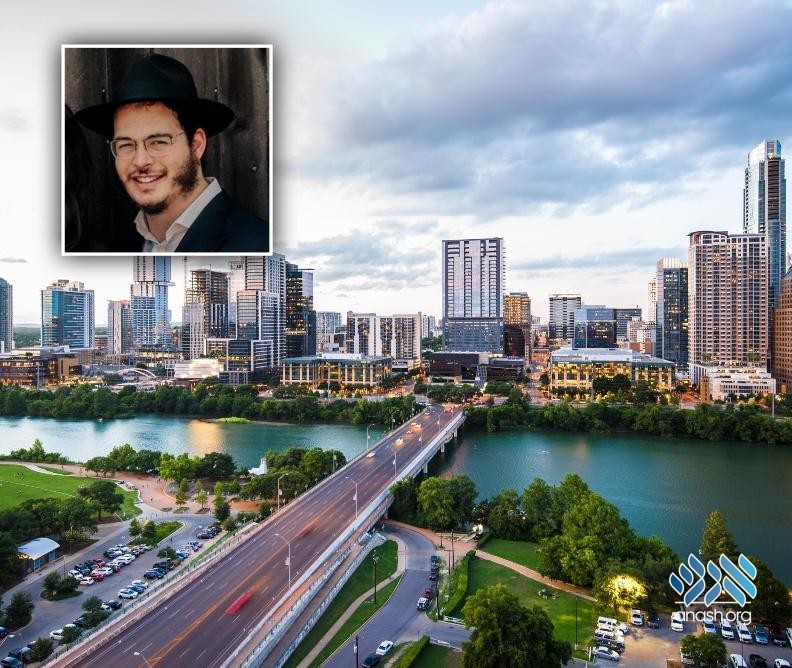 Rabbi Levi and Menucha Levertov (nee Raskin) are moving on shlichus to his hometown to start a new division of Chabad in central Austin, the capital city of Texas.

Rabbi Levi and Menucha Levertov (nee Raskin) were announced as the newest shluchim to the State of Texas, where they will start a new division of Chabad in central Austin.

Austin, Texas’s capital city, is one of the fastest-growing major metros in the United States, and also has many attractions that bring 20 million visitors a year, more than Rome or Hawaii. These include the largest state capitol building in the United States, the largest urban bat colony in North America, and being the only city in the world that still operates moonlight towers.

“With hundreds of families moving in on a yearly basis, there is tremendous opportunity for growth,” Rabbi Levertov said.

Both Rabbi and Mrs. Levertov come from families of shluchim. Rabbi Levertov was born and raised in Ausin, where his parents, Rabbi Yosef and Rochel Levertov, serve as shluchim.

Mrs. Levertov was born and raised in Burlington, Vermont, where her parents Rabbi Yitzchok and Zeesy Raskin serve as shluchim. Her grandfather, the legendary Rabbi Leibel Raskin, served as the shliach to Morocco for over five decades.

The Levertovs will be expanding the work of Chabad of Austin by establishing a new division focused on young families and adult education.

“We will be bringing Judaism opportunities to thousands of families in the fastest growing city in the US,” they said.