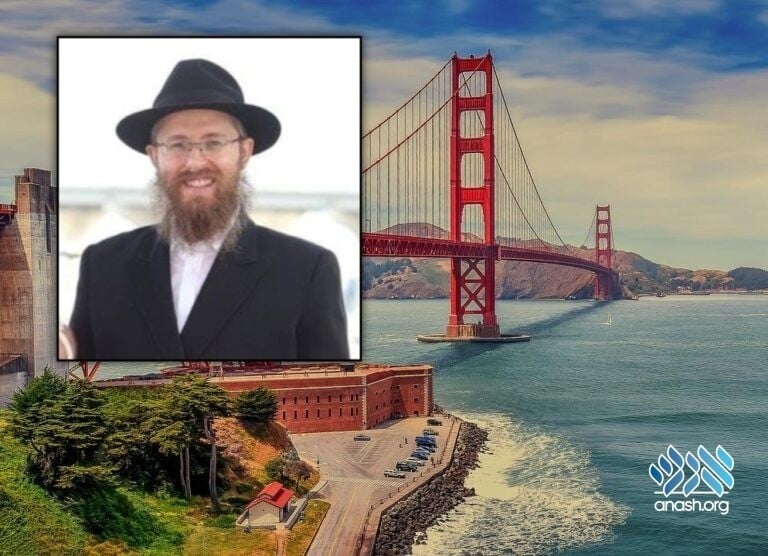 Rabbi Boruch and Mushka Hecht, along with their four daughters, will be moving out on Shlichus to Walnut Creek CA, in the East Bay of Northern California’s S. Francisco Bay Area.

Rabbi Boruch and Mushka Hecht, along with their four daughters, will be moving out on Shlichus to Walnut Creek CA, in the East Bay of Northern California’s S. Francisco Bay Area.

Nestled among gently sloping hills only forty minutes away from S. Francisco and Silicon Valley, the city of Walnut Creek has long provided a haven for those looking to escape the hustle and bustle of city life. With its ideal location at the convergence of two major highways, it has attracted suburban dwellers for the past five decades.

For the Jews of Northern California, Costa Contra County—which includes Walnut Creek, as well as a large section of the East S. Francisco Bay Area—continues to be seen as an ideal environment to raise a family. According to a recent study commissioned by the S. Francisco Jewish Federation, a full third of all local Jews live in the East Bay.

And where there are Jews, of course, there’s Chabad. For close to thirty years Chabad of Costa Contra has been providing the local Jewish community with religious services, inspiration, and guidance.

In the past decade, the area has seen an influx of young families relocating from the crowded major cities. With the rising population came a boost of involvement in Chabad of Contra Costa’s Gan Yiladim Preschool, Cteen chapter, and Camp Gan Israel day camp.

In the wake of this tremendous growth, Rabbi Boruch and Mushka Hecht (née Rapoport) will be joining Rabbi Dovber & Chaya Berkowitz of Chabad of Costa Contra as Youth Directors. They will be directing children’s events and programming throughout the year, as well as Costa Contra’s local Cteen chapter, day camp, and Hebrew School.

The Hechts bring with them over four years of experience at Chabad of Bangkok, Thailand, where they directed programs for children, teens, and young professionals under Rabbi Yosef Chaim Kantor.

A special thank you goes to the facilitators of this new Shlichus; Rabbi Dovber & Chaya Berkowitz, directors of Chabad of Contra Costa and Rabbi Yossi Cunin and Rabbi Shlomo Cunin, the head Shliach to the West Coast.

To take part in their new Shlichus, please click here.