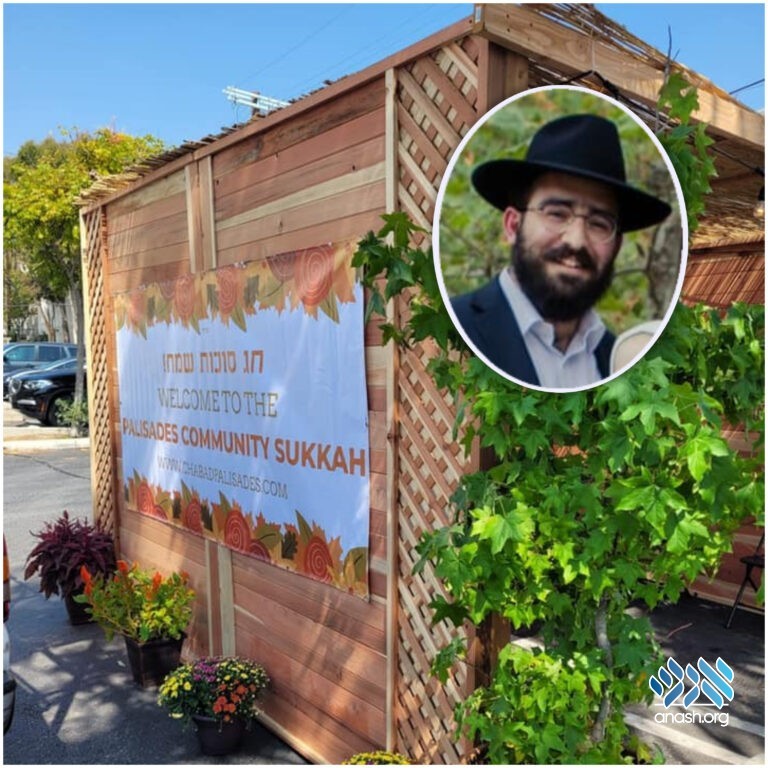 Rabbi Shimon and Chaya Mushka Goldberg have joined the team of shluchim in Pacific Palisades, California, where they will focus on leading Friendship Circle and engaging teens and their families.

Rabbi Shimon and Chaya Mushka Goldberg and their son Mendel have moved to Pacific Palisades, California, to fulfill the Rebbe’s mission together with the team at the Chabad Jewish Community Center led by Chaya Mushka’s parents, Rabbi Zushe and Zisi Cunin.

Their role will be to lead the Friendship Circle, bringing happiness and companionship to children, teens and young adults with special needs, as well as bringing energy, support and peace of mind to their families.

They are additionally charged with engaging the teen community and their families. They will be launching the Teen Leadership Initiative (TLI), inspiring our future leaders through opportunities of giving back to the community, including volunteering for the Friendship Circle, and being part of the global Cteen network, instilling Jewish awareness and pride through fun and interactive programs.

“Rabbi Shimon and Chaya Mushka Goldberg are inspired and excited to come back to their beloved Palisades community and fill these important needs,” said Rabbi Zushe and Zisi Cunin.

The Palisades, an affluent neighborhood about 20 miles west of Downtown Los Angeles, was once a refuge for Jewish intellectuals and artists fleeing from pre-war Germany and, later, from the Holocaust. It has had a notable Jewish population since at least the 1930s.

Support their shlichus by donating: