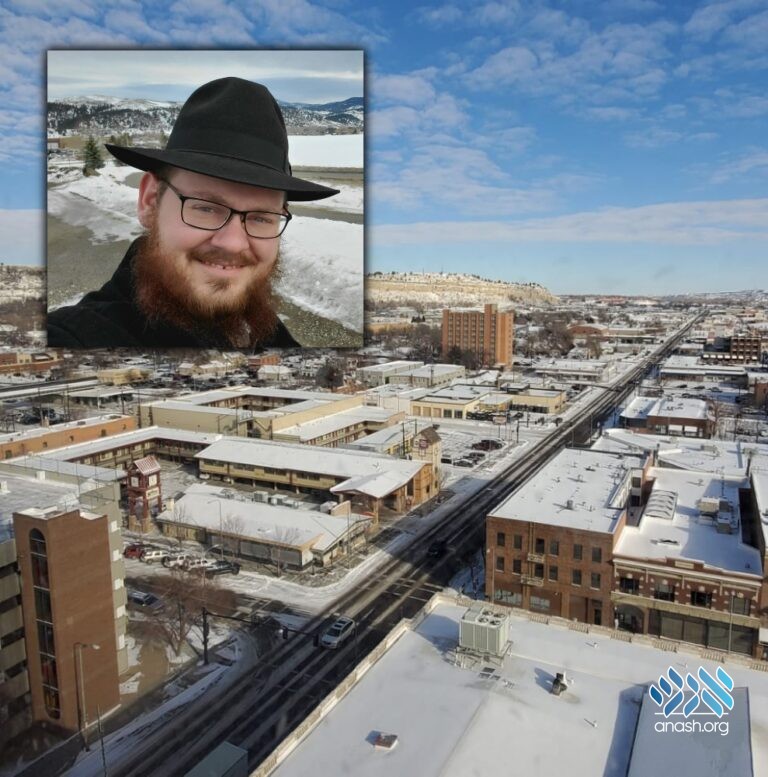 Rabbi Chaim Shaul and Mushky Shkedi were recently appointed as the shluchim to Billings, the largest city in the state of Montana, to serve the city and surrounding areas.

Rabbi Chaim Shaul and Mushky Shkedi, along with their daughter Zelda Rochel, were recently appointed as the shluchim to Billings, the largest city in the state of Montana, to serve the city and surrounding areas.

Billings was nicknamed the “Magic City” because of its rapid growth from its founding as a railroad town in March 1882. With one of the largest trade areas in the United States, Billings is the trade and distribution center for much of Montana.

Chabad has a long history in Billings, spanning many decades, long before an official Chabad presence was established in the State of Montana.

“The Rebbe sent Merkos Shluchim here, and one of the bochurim who visited was [Rabbi] Binyomin Klyne, [who later became the Rebbe’s mazkir],” Rabbi Shkedi told Anash.org. “So Chabad has been in Billings for many years.”

The new Chabad House will be the fourth Chabad center to open in Montana, joining three others in Bozeman, Missoula and Kalispell.

“I’ve been keeping an eye on Billings for 15 years,” Montana Head Shliach Rabbi Chaim Bruk, who appointed the Shkedis, told the Billings Gazette. “It became clear that the need was strong.”

“The Rebbe believed that every Jewish person from Glendive, Montana to Helsinki, Finland should have the ability to tap into their heritage and experience vibrant and meaningful Judaism,” he said.

“The Rebbe envisioned a time when his students, young men and women, would leave their Brooklyn cocoon and move to small Jewish communities like Montana and share the warmth and depth of Judaism,” he said.

While based in Billings, the Shkedis will be servicing the entire Greater Eastern Montana area, a detail that Rabbi Krinsky noted as well.

“We aren’t surprised about Chabad’s growth in rural America, and with so many families leaving the big cities and heading to the mountains for a more tranquil life, Chabad will be there for them,” he said.

The Shkedis are currently fundraising for their new shlichus. Please donate to help get them started at https://square.link/u/kkvwKebs.