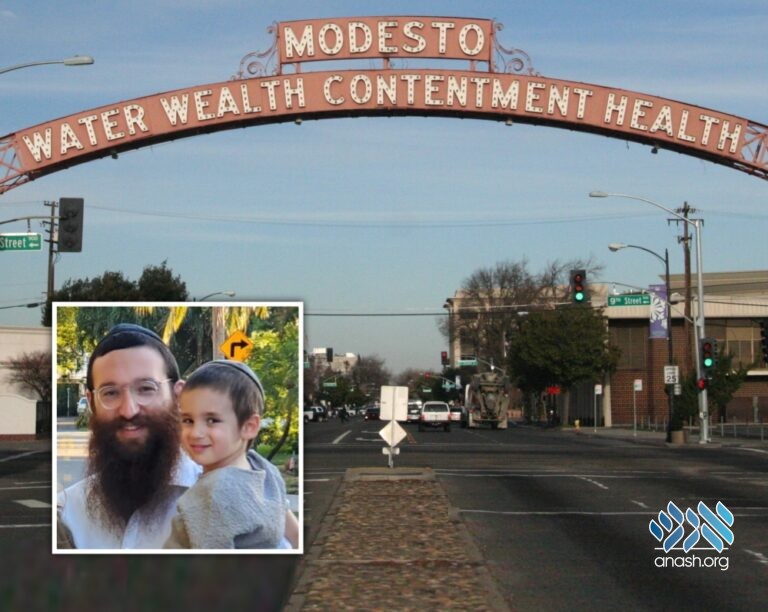 Rabbi Mendy and Chayale Golomb were recently appointed as the shluchim to Modesto a large city in Central California famous for its fertile farmlands and large wineries.

The city of Modesto in Central California, famous for its wineries and agricultural industry, is finally getting its own shliach.

Rabbi Mendy and Chayale Golomb (nee Katzman) were recently appointed as the first shluchim to the city, and will be moving there to open up a new Chabad house.

The city of Modesto is California’s 18th largest, with a population of nearly 250,000. Located 68 miles south of Sacramento and 92 miles east of San Francisco, the city is a distance from the next established Jewish community.

Based on estimates, there are over 1,000 Yidden living in the area. Nevertheless, the Jewish infrastructure in the city is extremely limited and much remains to be done.

“We plan on catering to all segments of the Jewish population, from young children to seniors and everyone in between,” Rabbi Golomb told Anash.org.