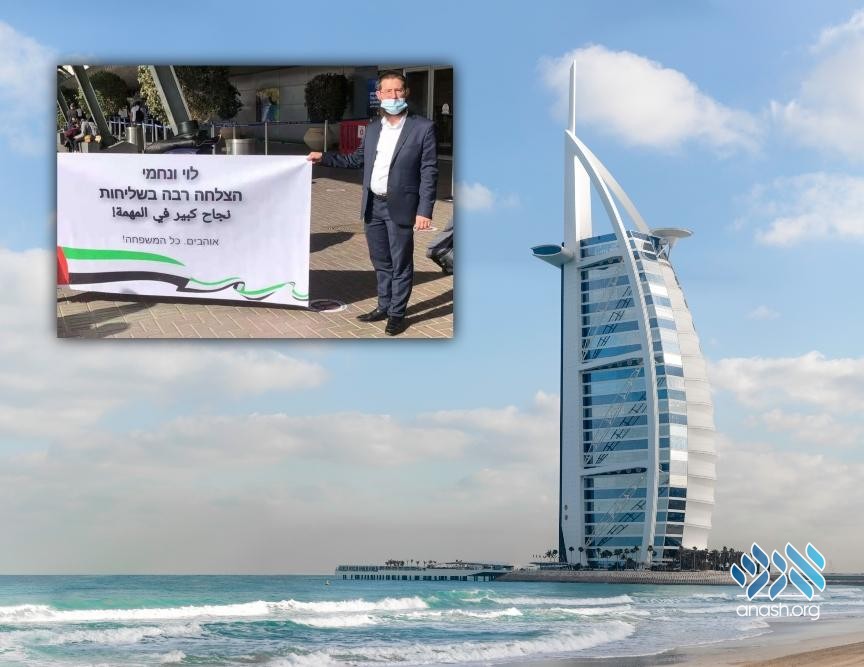 Following the influx of Israel tourists to UAE, Rabbi Levi and Nechami Levitin have moved to the Mid-Eastern country to become the Rebbe’s shluchim to Dubai’s Hebrew speaking community.

With the recent signing of the new peace accords between Israel and the United Arab Emirates, thousands of Israelis are already traveling to the hitherto forbidden country.

The influx of Israeli tourists and businessmen brings with it new opportunities for Shlichus. This morning, Rabbi Levi and Nechami Levitin departed Israel for Dubai to become the Rebbe’s shluchim for the Dubai’s Hebrew speaking community.

The Levitins will be joining Rabbi Levi Duchman, who has been running the Jewish Community Center of Dubai for the past six years, and has recently been appointed by as the first official shliach to UAE.

“We have never before been to Dubai but we go happily, to spread yiddishkeit and address the needs of every Israeli,” Rabbi Levitin said.

“In the coming month alone, about 40,000 Israelis are expected to arrive in Dubai and the number will only increase. Our goal is to hold mass Shabbos meals, give Torah lessons and assist every Jew however we can. There will be lots of work to do.”

Dubai, is the largest and richest city in the UAE, with a population of about 3.3 million, has two operating synagogues. The new institution will serve the Israeli tourists and businessmen who visit the country.