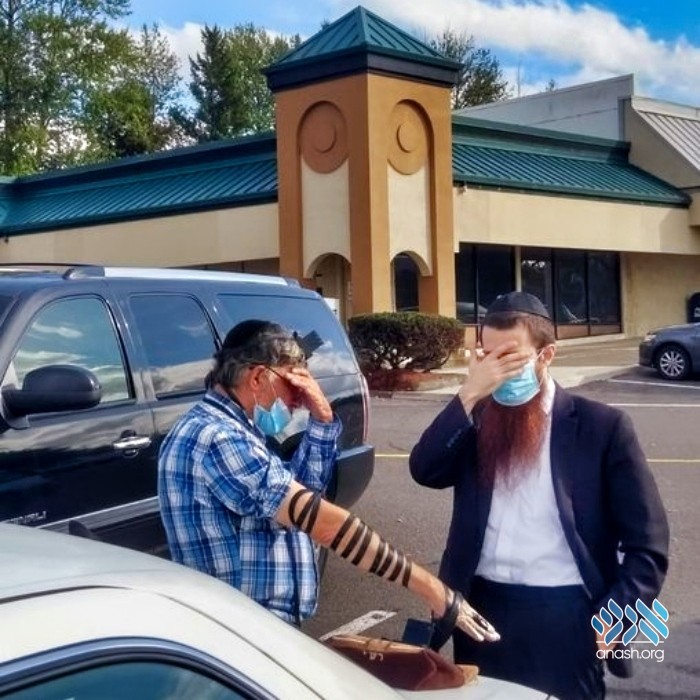 After moving to Portland, Oregon, to teach in the local school, Rabbi Avrohom and Cheina Dyce were appointed by Head Shliach Rabbi Moshe Wilhelm to open a new Chabad House in Gresham, Oregon.

Rabbi Avrohom and Cheina Dyce and their two young daughters will be moving on shlichus to Gresham, Oregon, to establish the city’s first Jewish presence.

Gresham is the fourth largest city in Oregon and is home to hundreds of Jewish families who are a considerable distance away from any Jewish engagement. In recent years, Gresham has seen considerable growth as people opt for the suburbs instead of inland Portland.

In 5780, the Dyce family moved to Portland to teach at Maimonides Jewish Day School. After a few months, Oregon Head Shliach Rabbi Moshe Wilhelm suggested Gresham as a city with potential for a new Chabad House to be established.

Working on social media, the Dyces were able to already make contact with close to 100 Jewish families who have expressed their interest and excitement for the establishment of a local Chabad House. Working within Oregon Health Authority’s covid regulations tens of residents were given the opportunity to participate in Torah classes and received Menorahs, Matza and Mezuzahs.

“With such a success rate during Covid times we are sure that hundreds of local Jewish families will be able to be reached after we move to the area in the near future” said Rabbi Dyce.