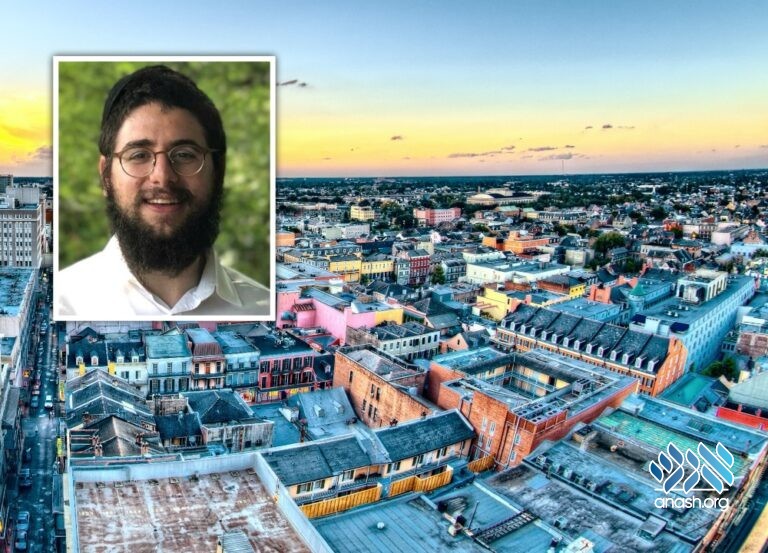 The shluchim of Louisiana welcomed a third generation of shluchim to the state, with the recent appointment of Rabbi Yossi and Mushka (nee Rivkin) Cohen, who will be expanding the outreach activities of Chabad of New Orleans.

The shluchim of Louisiana welcomed a third generation of shluchim to the state, with the recent appointment of Rabbi Yossi and Mushka (nee Rivkin) Cohen, who will be expanding the outreach activities of Chabad of New Orleans.

Yossi grew up in Montreal, Canada, where his parents, Rabbi Chaim Shlomo and Rivkah Cohen, serve as shluchim and directors of the Mada Center which serves the local Israeli community, and is home to a volunteer-based organization that evolved from a small neighborhood center to Montreal’s central address for fighting poverty. Mushka grew up in New Orleans, where her parents Rabbi Mendel and Malkie Rivkin, and her grandparents Rabbi Zelig and Bluma Rivkin, have been serving as shluchim for decades. Mushka is also the great-grandchild of Rabbi Sholom Ber Gordon, who served as a shliach of the Frierdiker Rebbe and the Rebbe, making her a fourth generation shliach.

In his announcement to the New Orleans community, Rabbi Mendel Rivkin noted that the appointment of the Cohens marked a significant milestone.

“This week something unprecedented in the New Orleans Jewish community is developing. For years now there have been Rabbinic teams of two generations in our community. We are happy to share, that with the appointment of Rabbi Yossi and Mushka Cohen to the Chabad of Louisiana team, this brings a third generation into service to the Jewish community. They will be involved in a new effort of community engagement,” he wrote.

The Cohens will be reaching out to Jewish locals who are not yet engaged in Jewish activities, spreading Chabad of New Orleans circle of influence even wider that until now.

“We are eager to hit the ground running to make sure that every Jew in New Orleans has the opportunity to connect to his or her Yiddishkeit,” Rabbi Cohen said.

“The institution of Shlichus that the Rebbe and his father-in-law, the Previous Rebbe, launched in the 1940s, is now into its fourth generation. I am privileged to be the son and grandson of the pioneering generations of Shluchim. To witness my children continuing on this path, is something for which I am very grateful to Hashem. We are blessed that the Rebbe entrusts us with this remarkable responsibility and privilege of caring for each and every Jew,” Rabbi Mendel Rivkin said.

To donate towards kickstarting the new shlichus: ChabadNewOrleans.com/kickstart