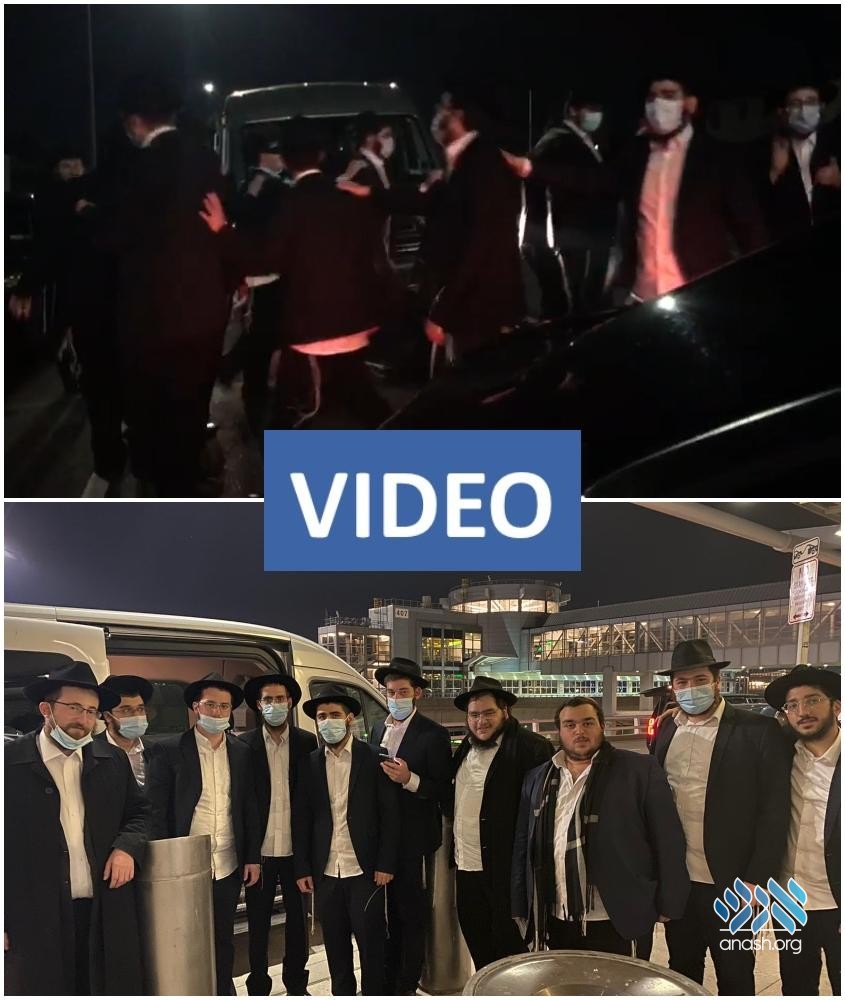 A chassidic dance broke out in LGA Airport in New York, as a group of friends escorted new shluchim Rabbi Mendi and Rivka Azimov as they headed on shlichus to the Neuilly suburb of Paris, France.

Just in time for the Kinus Hashluchim…

A chassidic dance broke out in the La Guardia airport in New York on Sunday night, as a group of friends escorted a young couple, newly appointed as shluchim to France.

The new shluchim Rabbi Mendi and Rivka Azimov, together with their son Meir Shlomo, will be joining the over 500 shluchim already servicing the country. They will be serving as shluchim in Neuilly, a commune just west of Paris.

Rabbi Azimov was born and raised in France, where his father Rabbi Levi Azimov serves as a shliach, and where his grandfather, Rabbi Shmuel Azimov served as head shliach for decades.

On Sunday evening, the couple headed to the airport to catch their flight to Paris. Accompanying them in a second car were a group of friends, eager to see off their colleague as he embarked on his new shlichus.

Upon arrival at the airport, the group burst in song, dancing to the song “From 770 we’re marching out,” and the niggun of ‘Ha’aderes V’Hoemunah’, paired by the Rebbe to the tune of the French national anthem, a fitting send-off for a couple on their way to join the “French Revolution”.

Click here to donate to the shluchim and assist them in starting off in their new location.