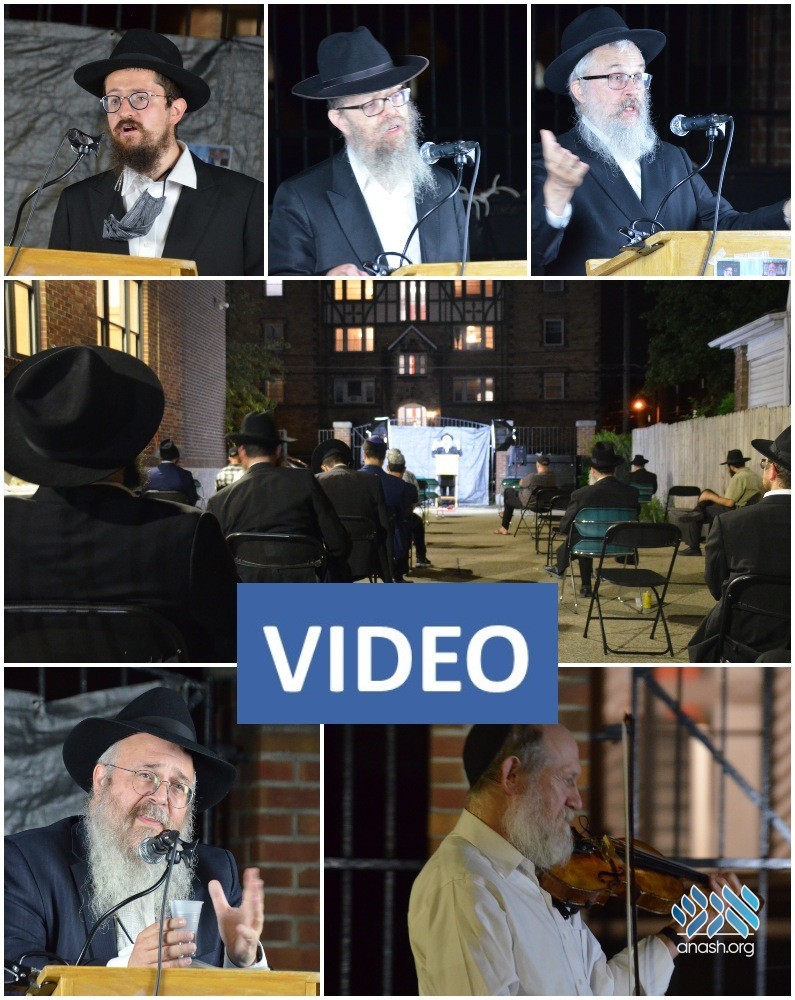 The Pittsburgh community gathered for an outdoor Chai Elul farbrengen, arranged by Rabbi Chaim Itkin the new shliach to the community, and addressed by Rabbis Yisroel Rosenfeld, Yossi Rosenblum and Yosef Itkin.

On Sunday night, Anash of Pittsburgh got together in the courtyard of Lubavitch Center for a grand Chai Elul Farbrengen with dozens in attendance and dozens more joined over zoom.

The event was organized by new shliach to Pittsburgh, Rabbi Chaim Itkin, who was recently brought to Pittsburgh by Rabbi Yisroel Rosenfeld to spearhead other new projects, such as a Kolel for Baal Habatim and gatherings for Yoma Depagra.