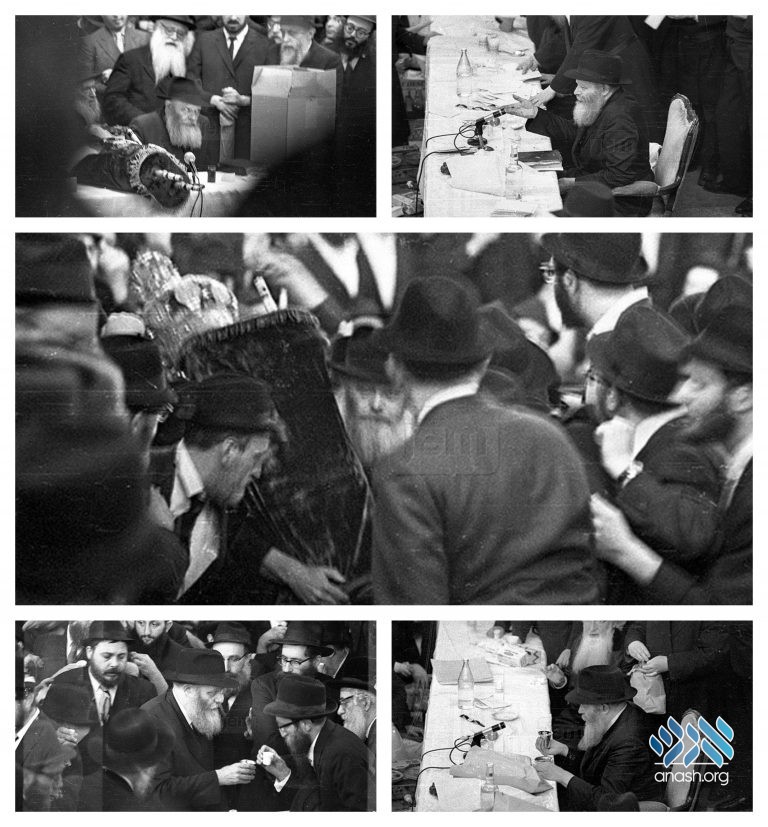 JEM’s Living Archive project has published never-seen-before pictures of the historic completion ceremony for the Torah Scroll to Greet Moshiach.

On the 9th of Shevat, 5730 – 1970, the Rebbe completed the Sefer Torah to greet Moshiach, a project initiated and left unfinished by the Frierdiker Rebbe decades earlier.

Following the release of its latest video capturing the momentous event, JEM has published a magnificent collection of never-seen-before pictures of the ceremony.

The photos were taken by Shmuel Rivkin during the event, the Farbrengen and Kos Shel Bracha that took place the following night, and were given to JEM by Rabbi Chaim Baruch Halberstam.

As part of JEM’s Living Archive project, the photos were meticulously scanned and restored, and are now available for viewing at TheLivingArchive.org.