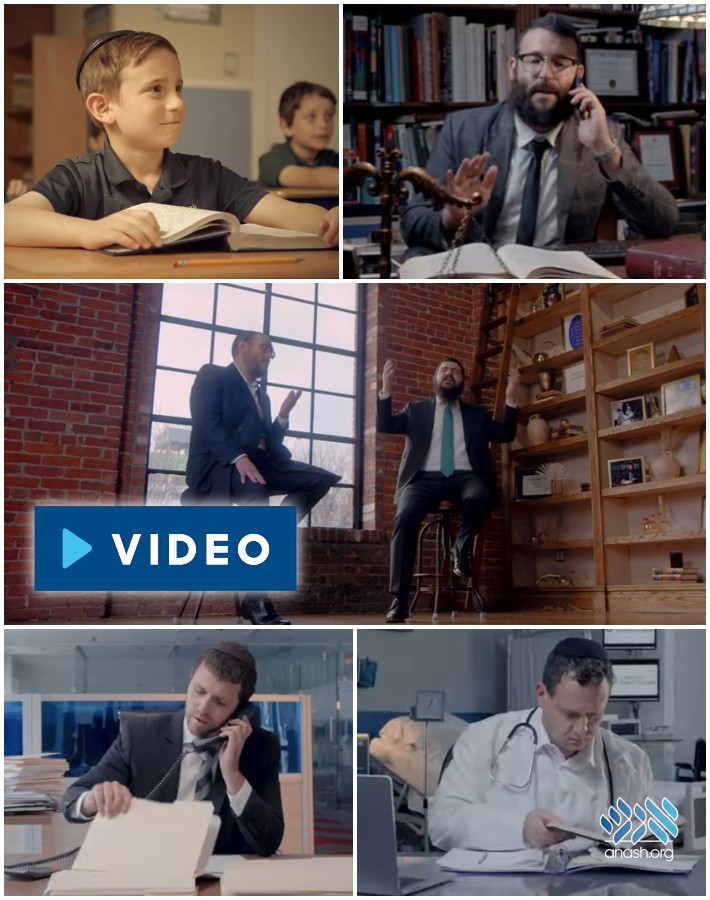 In a heartwarming music video, Benny Friedman and Yitzi Waldner sing a student’s song of appreciation to his rebbi for choosing his students over more lucrative professions, and the lasting impact that his rebbi had on him and his future achievements.

In a new music video, singers Benny Friedman and Yitzi Waldner share the deep appreciation of a student to his rebbi for choosing to dedicate his life to his students instead of pursuing other, more lucrative professions, and the zechus of the rebbi’s family for supporting him in that. He also highlights the lasting impact that his teacher had on him, and credits his teacher with his future accomplishments in life.

The video was produced by Chasdei Lev, an organization dedicated to supporting and bolstering our teachers.

Now, we were no angels
But Rebbi stayed on
He saw something we couldn’t see
Year after year at the front of the class
Building the world that would be

He could’ve been a doctor accountant, a lawyer
Had wealth and a fancy degree
He could’ve chosen to go for the gold
But instead my Rebbi chose me

How I wish you could see that the message you taught
(x2 the lessons we’ve learned)
Remains with us all of our lives
Rebbi, just know that you’re changing the world
You do it one child at a time
Countless talmidim who stand up and say
Thank you, dear Rebbi
Every day

May you all have brochos
And share joy and nachas
And blessings for eternity
You could have chosen to go for the gold
But with you, my Rebbi chose me

Special thanks to Moshe Finkelstein from CrunchTime Media for your steady devotion and creative work on behalf of Chasdei Lev and Klal Yisroel’s Rebbeim.