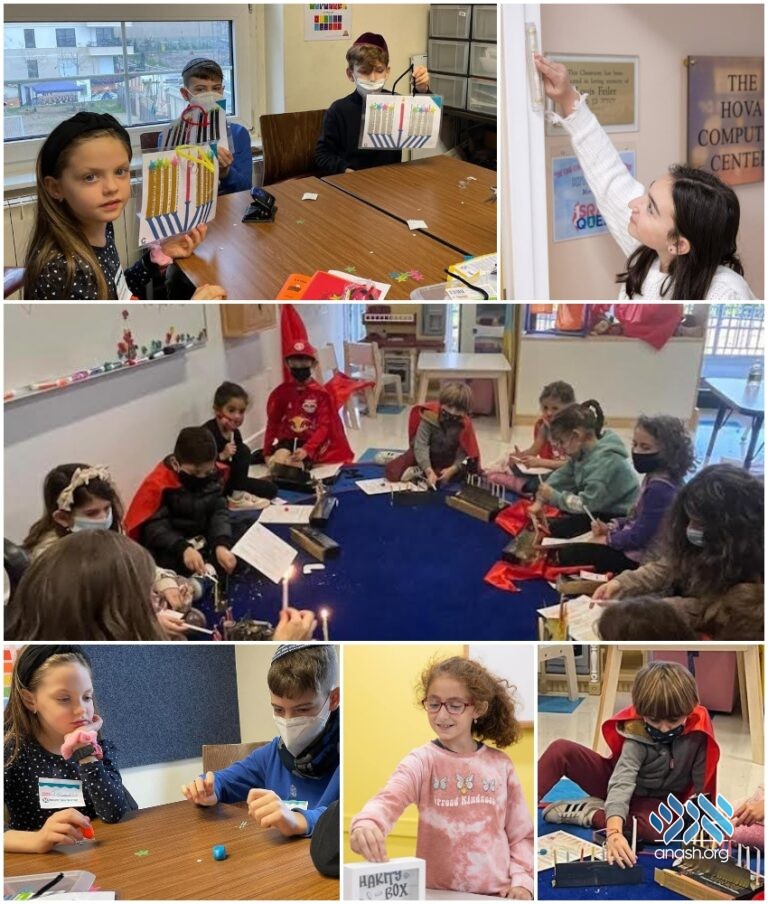 Just in time for Chanukah, CKids launched a new initiative to rally Hebrew school kids around the world and encourage them to increase in lighting up the world with mitzvos.

Chloe, a 7-year-old from Dix Hills, New York, gave Tzedakah; Natalia, a 10-year-old from Aventura, learned Torah; Ashlee, a 12-year-old from Pittsburgh, set a goal to  “help others without being asked and do it happily.” These kids are just a few of the tens of thousands lighting up the world this Chanukah.

Where’s all the inspiration coming from?

By the Kinus Hashluchim, Rabbi Moshe Kotlarsky, Vice Chairman of Merkos L’inyonei Chinuch, launched an initiative to get 120 Million Mitzvos in honor of the Rebbe’s 120th Birthday.

CKids committed to reach 500,000 mitzvos over Chanukah. “We are encouraging kids to light up the world with acts of goodness and kindness,” says Rabbi Zalmy Loewenthal, CKids director.

Kids are motivated by the CKids Mitzvah Meter, a clever system designed to keep track of all the mitzvos logged. Kids can enter their mitzvah pledges or spin a wheel for fun mitzvah ideas. Everyone who submits a mitzvah gets entered into  daily raffles for awesome prizes. At the time of publishing, CKids has already reached 15% of their goal—78605 mitzvos and counting!

The Chanukah initiative is part of a greater goal to engage kids with their Judaism. “Every mitzvah is precious,” says Chaya Zirkind, CKids Hebrew School director. “Here, every child’s good deed connects them to something greater.”

CKids is the global education network that connects Children around the world with high-quality curriculums, clubs, and regional events.

Kids who submit their mitzvot through the Chabad Plus app get double the chance of winning. “The long-term vision is to have every single Hebrew school student around the world logged in to the app,” explains Rabbi Zalmy Loewenthal.

The Chabad Plus app is a platform where kids can complete missions, earn medals, and go up in rank as part of Tzivos Hashem.

The Rebbe established Tzivos Hashem to train children to carry out the mission of fighting the Yetzer Hara and making the world a better place. Kids who become soldiers have more self-discipline, respect, and purpose.

As Rabbi Mendy Kotlarsky, executive director of Merkos 302, the organization behind CKids, points out, “Every new child enrolled is one neshama closer to bringing Moshiach.”