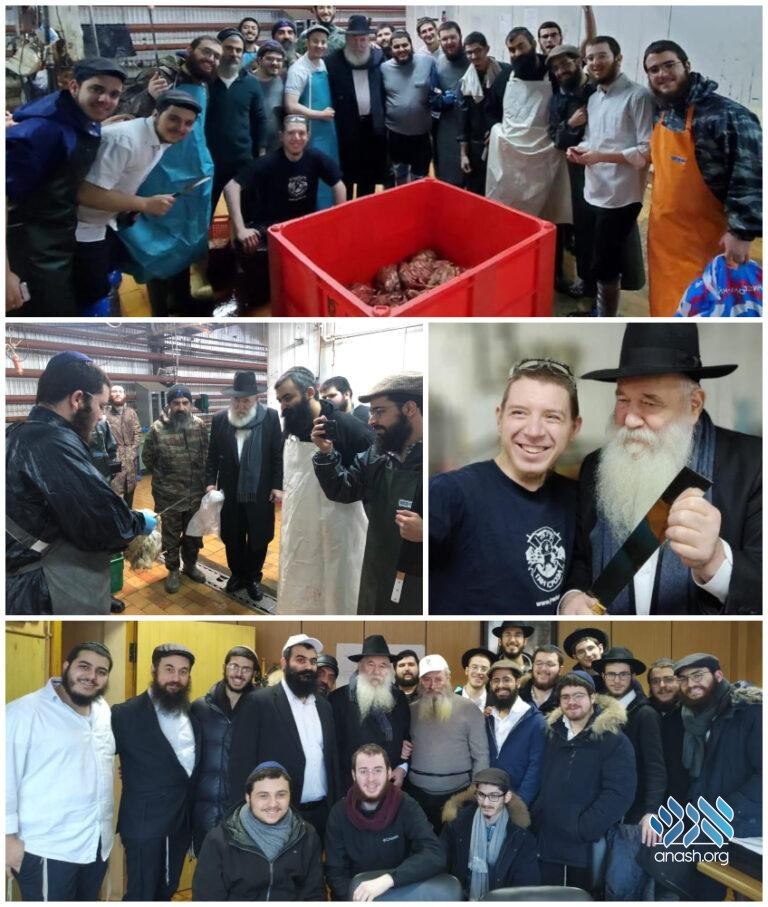 A group of nine bochurim from the Machon Ran Yeshiva in Moscow received their official ordination as shochtim this week after months six months of study and training.

Is it Lubavitcher shechita?

A group of nine bochurim from the Machon Ran Yeshiva in Moscow received their official ordination as shochtim this week after months six months of study and training.

The new shochtim were ordained after months of learning in the Machon Ran Yeshiva in the Moscow suburb of Ramenskoye. The yeshiva, housed in the Ohr Menachem Mendel Center – 770, is headed by Rabbi Yitzchak Kogan, famously known as ‘the Tzadik of Leningrad’.

After finishing their studies, the students were tested online by Rabbonim, and their shechita skills were checked by Rabbi Kogan, the top shochet in the country.

Rabbi Kogan told the new shochtim about the messiras nefesh for proper shechita shown by the famed Chossid Reb Rafoel Nimotin. Even during the most challenging times during the communist era, he would not relent. Rabbi Kogan noted that Machon R”N was established in his memory and named for him.

Each year dozens of students spend the year learning Gemara and poskim at Machon Ran Institute in Moscow, and many are ordained as expert shochtim. Many of them already serve as shochtim all over the world and assist shluchim in far-flung areas.

The new shochtim thanked Rabbi Chaim Nissan Bayer who donated all the animals and made his slaughterhouse available to them whenever needed.