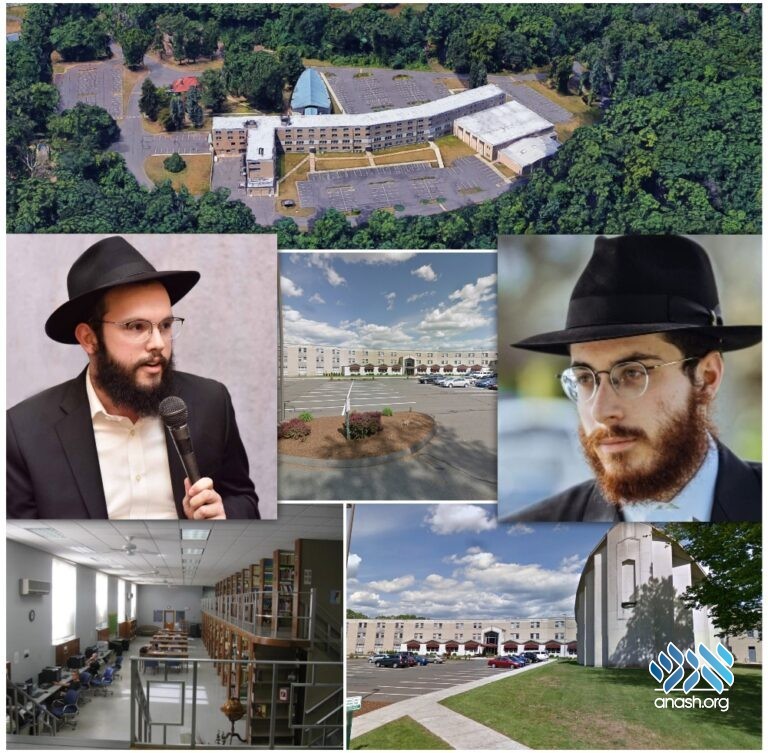 A new Lubavitch Mesivta will be opening in Suffield, Connecticut for the 5783 Yeshiva year, with Rabbi Menachem Fogelmen serving as Rosh Yeshiva, and Rabbi Benzion Bluming serving as menahel. A Yeshiva Gedola is in the plans as well.

Why did the Rebbe Rashab establish a yeshiva in the heyday of the yeshiva world?

What were his intentions, goals and strategy?

What values was he looking for? Can those values still be achieved in today’s world, in 2023?

A new Yeshiva, opening for the 5783 yeshiva year, will endeavor to uncover the Rebbe Rashab’s highly important mission in founding Tomchei T’mimim, and apply this vision and values as the centerpiece of its entire curriculum and core being. A Yeshivah where chassidishe values and principles will be core of the fabric of the Yeshivah, fused into its Limud HaTorah, davening, curriculum, farbrengens, and much more.

The yeshiva, which will be opening in Suffield, Connecticut, will start with a mesivta, and with a Yeshiva Gedola in the plans as well.

Rabbi Menachem Fogelman will be serving as the Rosh Yeshiva of the Yeshiva Ketana, as well as the menahel. Serving as overall dean and menahel of the Yeshiva campus will be Rabbi Benzion Bluming.

“There are also plans in the works to start a Yeshiva Gedola on the campus, with details to follow,” the hanhala told Anash.org.

The yeshiva has acquired a beautiful and large property on the Connecticut river, in Suffield CT. This building is a ready to use high-end first-class facility with 135,000 sq. ft. building situated on 57 Acres, in beautiful Suffield CT., with 900 feet of frontage on the Connecticut river. It includes several large study halls (Zals), 167 dorm rooms, Olympic sized indoor swimming pool, gym, large library, and more.

“The location will help make the Yeshiva to be a place for a bochur of today to be fully involved in Avodas Hashem, learning Torah – Nigleh and Chassidus – and Ahavas Yisroel, without needing to worry about anything else,” the hanhala said.

The hanhala say that as a yeshiva, its main mission will be לימוד התורה on a high academic level. It will be geared to a high achieving Talmid who is interested in broadening and deepening his level of learning and understanding. This will be through a unique study regimen, with an ambitious curriculum for Nigleh and Chassidus, with engaging and stimulating Shiurim.

However, they stress, its focus and intent will not be on the data alone, not for simply “acquiring knowledge” or “covering ground”, rather its primary focus will be on learning Nigleh and learning Chassidus with the emphasis that the Torah they learn should develop them, as expressed by our Rabbeim – “what did Torah teach you?!”

“The Yeshiva’s talmidim, sincere bochurim, should be committed to growing and have the capacity and passion for focused learning with Avodas Hashem. A main focus will be to train the Talmidim in avoda pnimis, avoda shebelev and to foster within them a connection and a desire for Elokus.”

“It will nurture Talmidim in an environment infused with hiskashrus to the Rebbe, his teachings and horaos, especially through bringing the love of Torah learning and of Mitzvos to a broader spectrum of people – hafotzas hatorah v’hama’ayonos, bringing about the coming of Moshiach.

“The yeshiva will strive to imbue Talmidim with Darkei Hachassidus, infusing them with true Chassidishe Ahavas Yisroel – “What’s mine is yours. The piece of bread that I have is YOURS just as much as it is mine.” Together with Ahavas Hashem – teaching them to develop a love for Hashem through learning Chassidus. And all of this with a joyous disposition and joy of life,” they said.

They also say that the Yeshivah will undertake to develop Temimim who are solidly grounded, mentchen. To train them that their conduct must be appropriate for a chossid in regard to their own lives, as well as to their relationships with others. Creating a Tomchei Tmimim‑like environment, where a Talmid feels like a child of the Yeshivah – where the love between Talmidim is remarkable; where the loyalty and devotion between the students and the administration is to the greatest extent.

The hanhala told Anash.org that the ideal talmid of this Yeshivah is a bochur who, in addition to learning Torah and davening, cares about infusing his life with chassidishe values and growing in his Avodas Hashem.

“The goal will be to create happy, well adjusted, grounded chassidim with their feet firmly planted in the world, yet with a clear mindfulness towards the mission of creating a dirah batchtonim. This, with a strong bitul mindset, where Avodas Hashem should be internalized so that it generates a bitul to Elokus and a submission of materialistic instincts and nature, by using self-control and discipline to govern natural materialistic instincts – iskafyeh,” they said.

“A central theme will be on learning to be honest – emes, that the Talmid should know fully and truthfully where they stand at all times: Nisht narin zich, nisht narin yenem, knowing full well that a chosid is a pnimi, that he internalizes things and his true desire is that kiyum hamitzvos and Limud Hatorah should be with a chayos pnimi.

“The Yeshivah will give expression to the Baal Shem Tov’s path of self-sacrifice for the knowledge of Elokus and for love of a fellow Jew – mesiras nefesh.

“The Tamidim should learn to see things from the perspective that Elokus is the obvious reality, while their own existence, and anything aside from Hashem is a novel perception. this resembles and is a preparation for the situation of the days of Moshiach,” they said.

The hanhala stressed that mission criteria of the Yeshivah is based on the original words of the Rabbeim and the main focus and goals that the Rebbe Rashab stated as his purpose for establishing Tomchei Tmimim in 5657.

“We are striving to achieve the goal set forth by the Rebbe Rashab: ‘To create and establish a yeshiva for our youth under good supportive supervision – with Hashem help – that the students’ entire efforts will be in Torah and the service if Hashem, their physical needs will be greatly fulfilled, so that they will have no disturbance in their service, so that their hearts and minds will be fully engaged with their learning and service of Hashem’,” the hanhala said.