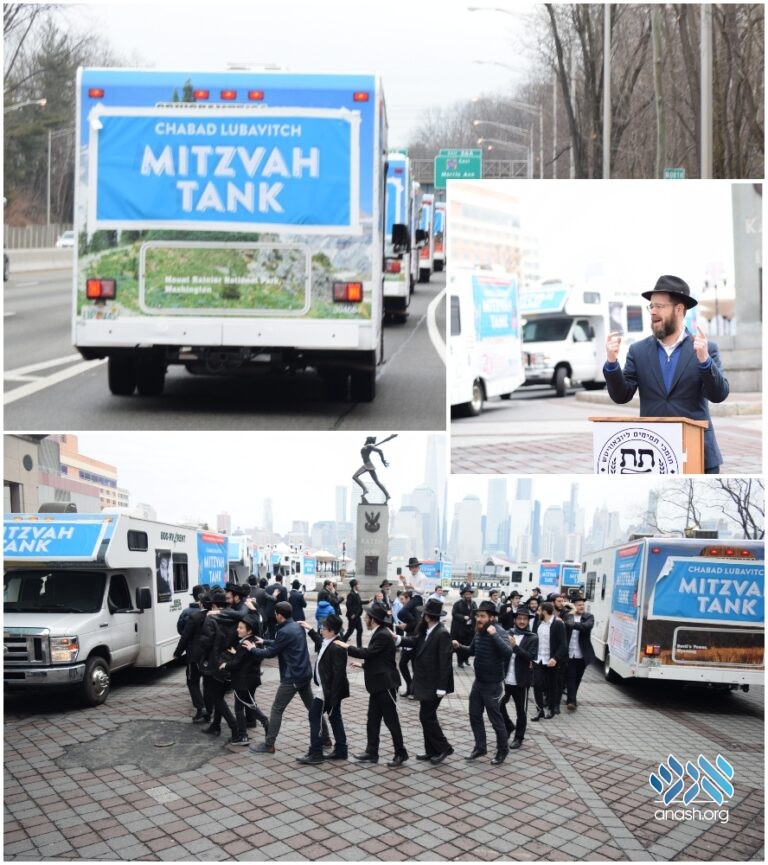 As we will be celebrating 120 years of the Rebbe’s Life this Yud Alef Nissan, the Yeshiva in Morristown together with Chabad Lubavitch of New Jersey – RCA, decided that there is no better way to mark 120 years and bring the Rebbe Nachas Ruach, other than a Mitzvah Tank Parade.

The Parade which will take place on Thursday, Chof Chest Adar, is going to go through major cities in NJ including Morristown, Livingston, West Orange, and finishing in Newark.

From there the Tanks will continue to their own posts in Montclair, Hoboken, West Orange, South Orange, Westfield, Cranford, Summit, Morristown, Newark, and Jersey City.

“We are really expecting this to be big Kiddush Lubavitch,” says one of the organizers, “reaching thousands of Yidden!”. The Parade is going to be covered by major news stations and newspapers.

Beautiful signs will adorn the Mitzvah Tanks which will be equipped with Shmura Matzah, Tefillin, Shabbos candles, and specially made pamphlets about the Rebbe and his 120th birthday.