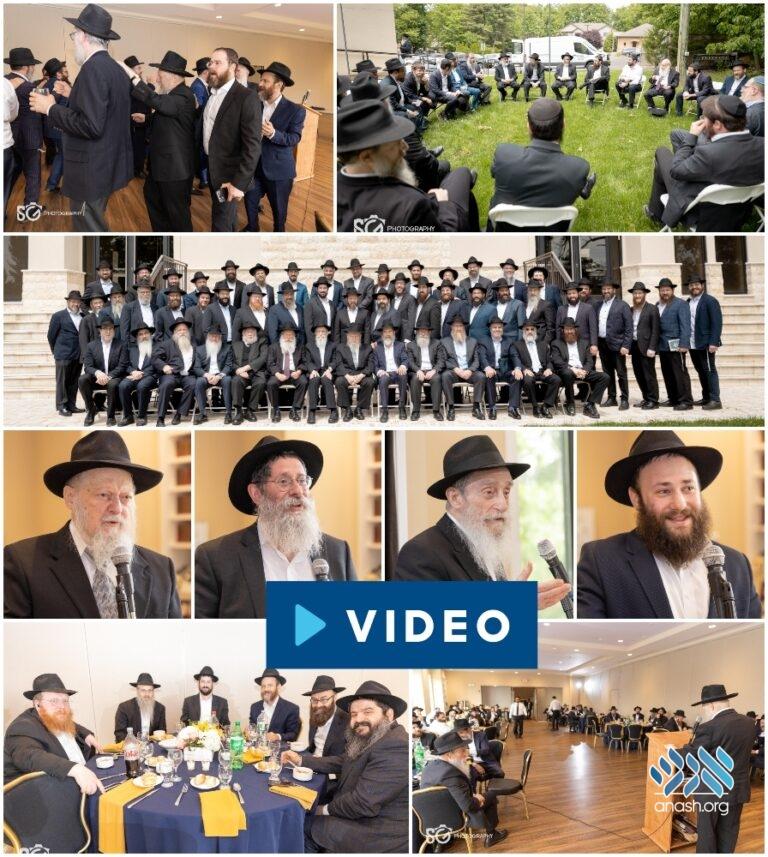 Shluchim from across the state of New Jersey gathered on Monday night and Tuesday for a kinus hisorerus, with sessions, roundtable discussions and a grand banquet.

Shluchim from across the state of New Jersey gathered on Monday night and Tuesday for a kinus hisorerus, with sessions, roundtable discussions and a grand banquet.

The Kinus, held at Chabad of Cherry Hill, was an empowering day of inspiration, study, strategizing and collaboration.

The shluchim first gathered on Monday night, where the Kinus kicked off in a hotel with dinner, a statewide Siyum Harambam, and farbrengen with Rabbi Shmuel Lew late into the night.

The following day, Rabbi Lew presented a session about the Rebbe’s instructions Related to shlichus, chinuch, and shalom bayis

The Shluchim sat for a roundtable discussion and brainstormed how to enhance and broaden current and new programs that happen in NJ and work together to collaborate.

The Kinus concluded on Tuesday afternoon with a grand banquet.

The banquet was emceed by Rabbi Avi Richler. First to speak was Rabbi Mendy Herson, who welcomed all the shluchim, followed by a recital of Tehillim, led by the newest shliach to NJ, Rabbi Shmuly Sputz. Rabbi Mendy Mangel told the story of Chabad in Cherry Hill.

Rabbi Moshe Herson, Head Shliach to New Jersey, then delivered words of inspiration, followed by spirited dancing. A new sefer by Rabbi Dovid Dubov was distributed to all the shluchim.

A number of shluchim stayed on for a tour of the Cherry Hill Mikvah.

“Relationships between the shluchim is an integral part of the Shlichus. Devoting a day to sharing, listening and collaborating was refreshing to individual shluchim and – perhaps more critically – our general identity as the team of New Jersy shluchim,” said Rabbi Mendy Herson  Associate Dean of the Rabbinical College of America