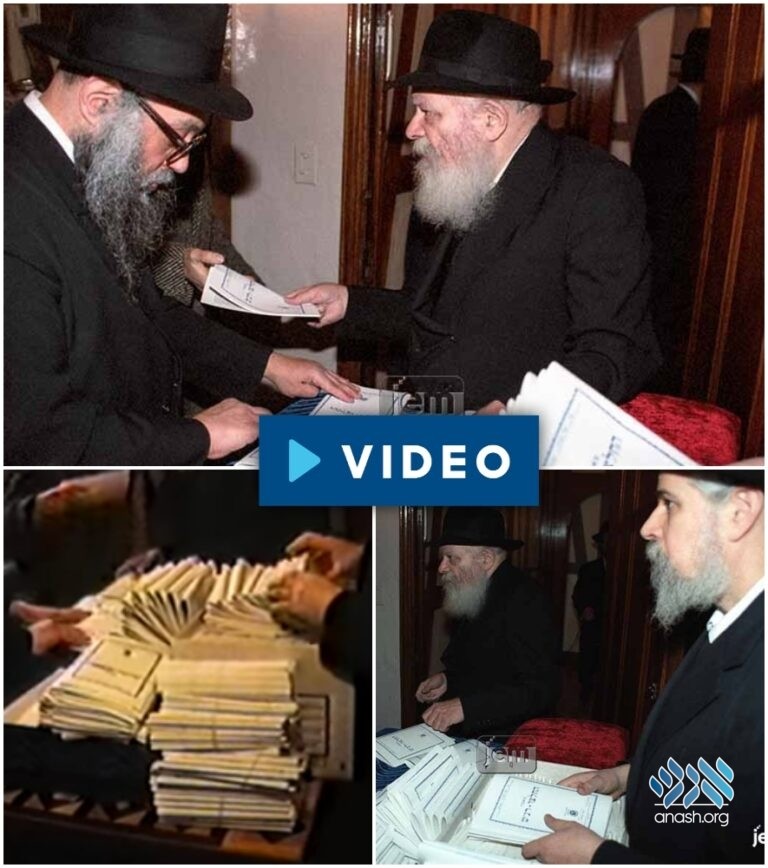 Newly released footage of 20-21 Cheshvan 5748 shows the Rebbe’s distribution of the Rebbe Rashab’s Kuntres Hechaltzu in honor of his birthday.

Newly released footage of 20-21 Cheshvan 5748 shows the Rebbe’s distribution of the Rebbe Rashab’s Kuntres Hechaltzu in honor of his birthday.

This unique distribution was met with much surprise and excitement. Hundreds of people flocked to 770 to pass by the Rebbe on Thursday Chof Cheshvan to receive this Kuntres as well as a blessing for “a hatzlachadiker Chof Cheshvan.” With time, many more caught wind of this event and a long line of men, women and children from age 12 formed until there were no pamphlets left.

A second distribution from the Rebbe took place the following day on Friday Chof Aleph Cheshvan after the night was spent printing another few thousand copies to accommodate the ecstatic crowd from across New York and beyond.

In the wake of this unique occasion, a new enthusiasm swept through 770 towards learning Chassidus and in particular, this ma’amer. Throughout the week, many classes were formed to study its teachings and people gathered to hear Reb Yoel Kahn’s elucidation on the ma’amer.