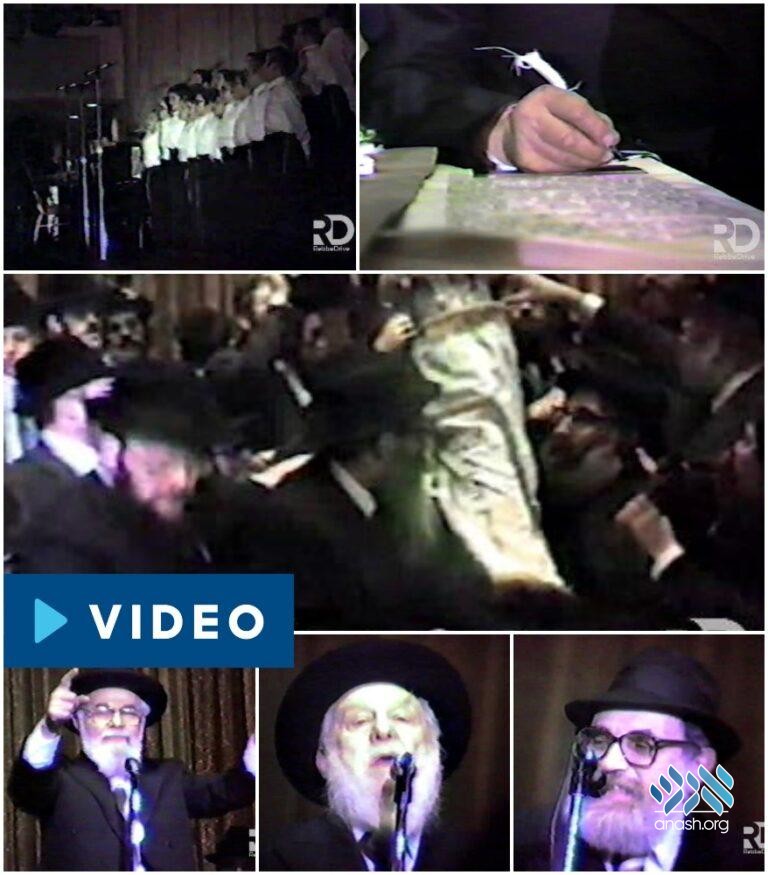 New footage released by RebbeDrive shows the Siyum celebrating the completion of the first general Sefer Torah in 5742, initiated by the Rebbe just a few months before.

In 5742, The Rebbe initiated a Mivtza that every Yid buy a letter in a general Sefer Torah.

Just four months after its launch, the first Sefer Torah was complete, and a massive Siyum was arranged.

The Siyum was held at the New York Hilton on Erev Rosh Chodesh Shevat, and was attended by leading Rabonim and Roshi Yeshivos.

The next day, the Rebbe held a Farbrengen in honor of the Siyum, and spoke of its greatness.