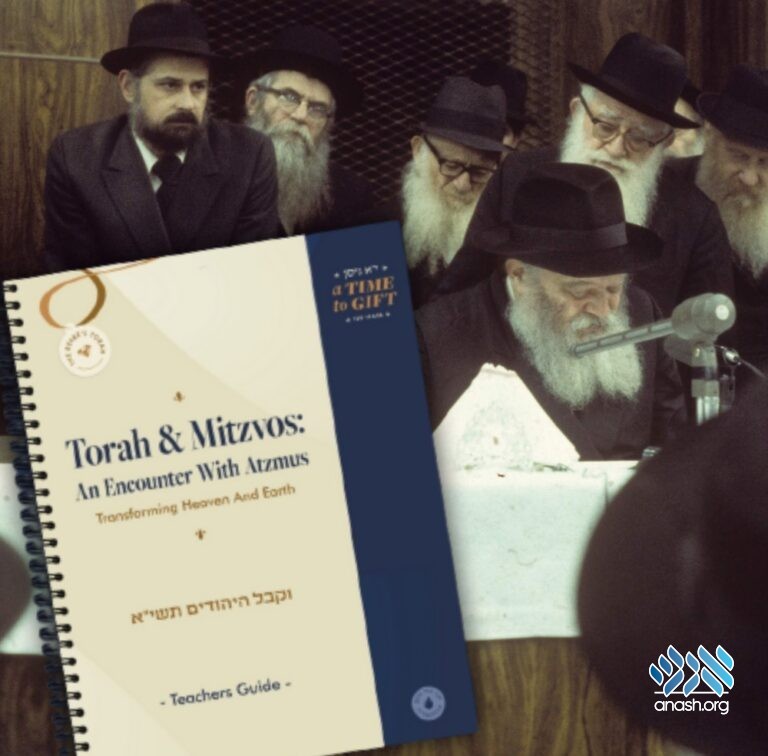 A brand new class developed by Vaad Or Vechom Hahiskashrus will allow both beginners, and those who have studied much Chassidus, to engage in the study of the Rebbe’s maamarim.

A brand new class developed by Vaad Or Vechom Hahiskashrus will allow both beginners, and those who have studied much Chassidus, to engage in the study of the Rebbe’s maamarim.

The new class is just one of the initiatives Or Vechom is establishing in honor of Yud Alef Nissan. The classes will be taught in anash communities around the world. The curriculum is designed to be engaging and practical, inviting adult students of all levels and ages to engross themselves in the words of the Rebbe and the thought of chassidus.

Each class will be just over an hour long and includes stories, discussions, and exercises. Clearly communicated lesson plans ensure that all teachers will be set up to lead study groups that are both intellectually robust and easy to digest. Whether a person has studied the maamar before or if this is their first look at it, everyone will come away with a new understanding of its message. Sign up here.

When chassidim wanted the Rebbe to accept the nesius on י שבט תשי”א, a chossid called out “דער עולם וויל הערן א מאמר – the people want to hear a maamar.” For a maamar has an inimitable property of giving the one who learns it access to an understanding of chassidus and G-dly thought. It is also an intimate way for a chosid to connect with the Rebbe who taught the maamar. And this is the mission of Or Vechom, a division of Iggud Hashluchim, “to strengthen the bond and connection of chassidim to the Rebbe.”

The new classes will bring maamarim to people in a thoughtful and appealing manner, in a way that allows students to study the maamar and relate it to their daily lives. They are being initiated as part of Or Vechom’s hachanos for Yud-Alef Nisan which will mark the Rebbe’s 120th birthday. Other initiatives include a large-scale mivtzah matzah campaign and the institution of 1210 new mosdos.