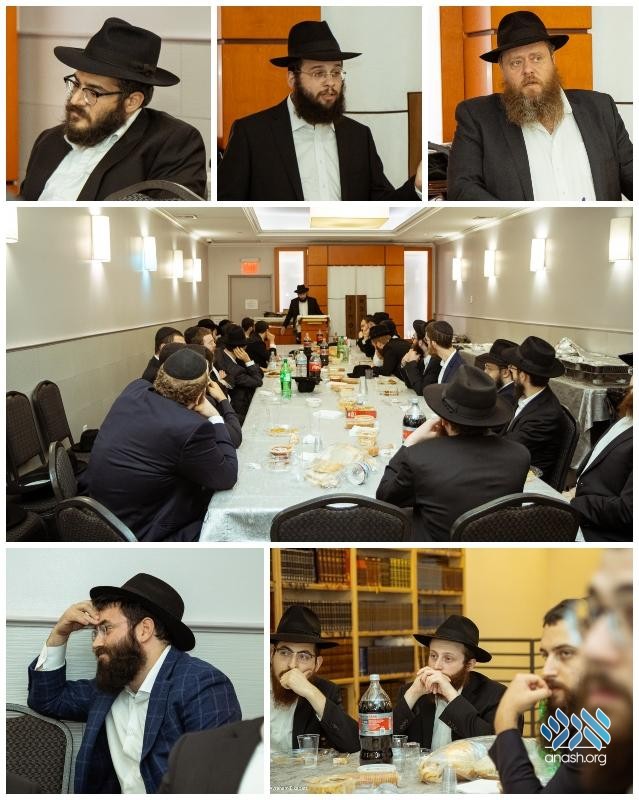 The new Kollel L’horaah Ma’asis in Crown Heights launched on Sunday with a farbrengen where kollel members heard from the roshei kollel and supporters backing the new endeavor.

The new Kollel L’horaah Ma’asis of Crown Heights launched on Sunday with a welcoming farbrengen where kollel members heard from the roshei kollel and supporters.

To launch the kollel, a farbrengen was held on Sunday evening with the 24 avrechim, the heads of the kollel and the supporters of this beautiful new Torah undertaking in Crown Heights.

At the farbrengen, both Rabbi Shuchat and Homnick addressed the kollel members, speaking about the goals of the kollel and the need to immerse oneself in Torah learning.

They then heard from supporters Rabbi Dudi Farkash and Rabbi Shloimy Greenwald and others who has pledged to support the kollel financially, allowing the avrechim to study without financial worries.

After hearing the heartening addresses, the kollel members left the farbrengen inspired and rejuvenated, ready to begin the first day of learning on Monday morning.