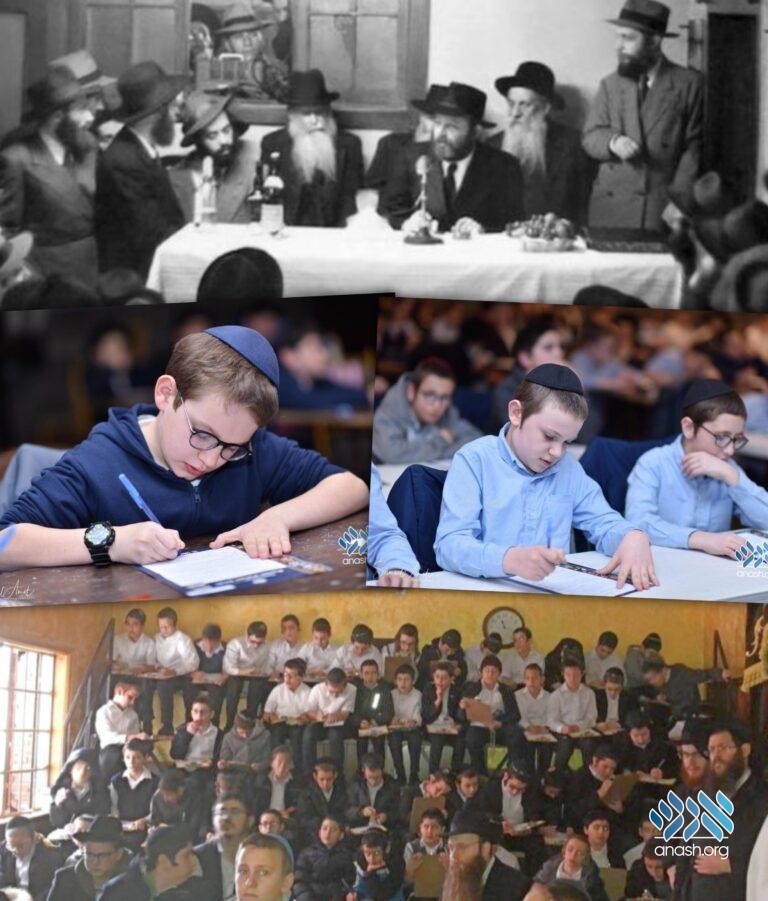 An ambitious new project by Connection Point and Tzivos Hashem, will bring the Rebbe’s first farbrengen not only to children but to the broader community of Chassidim.

Those present may not have known the full magnitude of what was transpiring, but to the one conducting affairs in that small room, it was crystal clear: it was time to change the world forever, and for once and for all, bring Moshiach.

The time and location?

On that momentous day, the Rebbe officially accepted the mantle of leadership and laid out the mission statement for the small band of Chassidim present. “We are the seventh generation from the beginning of Chassidus Chabad,” the Rebbe explained, and “just as Moshe Rabbeinu—the seventh generation from Avraham—succeeded in bringing about the greatest revelation of Elokus in this world to date with Matan Torah, so it will be with us: we are going to be the generation to finally bring Moshiach.”

Over the subsequent years, no matter how large the group of Chassidim grew, no matter how much the Rebbe’s call to action expanded—the mission statement never changed.

It’s all in that original farbrengen. Yud Shevat, 5711.

It’s time we go back there and review, relive, and recommit.

As the global community of Chassidim prepare to mark Yud Shevat Shivim Shanah this year, Connection Point from JEM in conjunction with Tzivos Hashem is doing just that, preparing two unique programs for this special day.

“This really speaks to JEM’s core mission of bringing the Rebbe’s message to the world,” said Rabbi Elkanah Shmotkin, director of JEM.

The first program is for their vast network of schools, from elementary to Seminary, boys and girls. Drawing from Connection Point’s deep experience of bringing the Rebbe’s message directly to viewers without any intermediary, they are putting the finishing touches on a program that will bring the Rebbe’s inaugural ma’amar to students everywhere.

“Many schools have already applied, making our vision of at least 70 schools for 70 years a strong reality,” said Rabbi Chaim Loschak, Production Manager of Connection Point.

The school program is scheduled for Thursday, 8 Shevat, and is available through a signup link here. With different options ranging from just a few minutes to a full half hour, viewers will be privileged to hear the ma’amar directly from the Rebbe, along with engaging subtitles. Interspersed throughout the video will be first-hand recounts from those present at the farbrengen, giving viewers a feel of what it was like to be there and experience such uplifting inspiration.

And of course, as with everything produced by Connection Point, the program will include question sheets and raffles for elaborate prizes.

“The schools we’ve been in touch with are very excited about this program–and we’re excited to bring it to them,” said Rabbi Shimmy Weinbaum, director of Tzivos Hashem.

Perhaps even more ambitiously, Connection Point is looking beyond its typical demographic and aiming to make the Rebbe’s inaugural address available to the broader community of Chassidim.

After all, as many prepare themselves by learning the Rebbe’s ma’amarim, taking on extra hachlatos, and organizing farbrengens, lost in the shuffle is arguably the most important part: taking stock and recalling what our core mission is—delivered to us by the Rebbe on this very day of Yud Shevat.

To this end, for the first time ever, Connection Point has prepared the full farbrengen from Yud Shevat 5711 and will be making it available to the public on Motzei Shabbos, Yud Aleph Shevat.

The farbrengen has been remastered in beautifully clear and crisp film, with original subtitles in both Hebrew and English. And of course, the bells and whistles of any Connection Point will be in place—raffles for incredible prizes, no doubt.

For those unable to watch the entire farbrengen, there are suggested portions available to view as well.

“To take pause,” said Rabbi Levi Plotkin, Director of Connection Point. “To stop everything for just a few hours and at exactly 8pm—the very time that original farbrengen commenced—‘tune in’ to the Rebbe’s message. To transport ourselves collectively to that original time and space. To imagine being crammed into a small corner of the upstairs zal of 770 and feel that right now, we are hearing the Rebbe’s mission statement for the first time.”

It’s not every day that we get the chance to focus on the central point that drives our journey here on earth. So many other matters vie for our attention and obscure our focus. This Yud Shevat, let’s cut through that noise. As we mark a full seventy years of the Rebbe’s leadership, let’s be inspired by the Rebbe’s original call to action, and remember that we’ve been tasked with the most daunting yet thrilling task of all: to finally, finally bring Moshiach.

While Connection Point programs are usually available to members only, thanks to the generosity of Yossi and Nechama Dina Katz and Family, this program will be available to the public free of charge.

To gain access to the full farbrengen, please register at www.letsstartfromalef.com, and you will receive an email with all the relevant information.