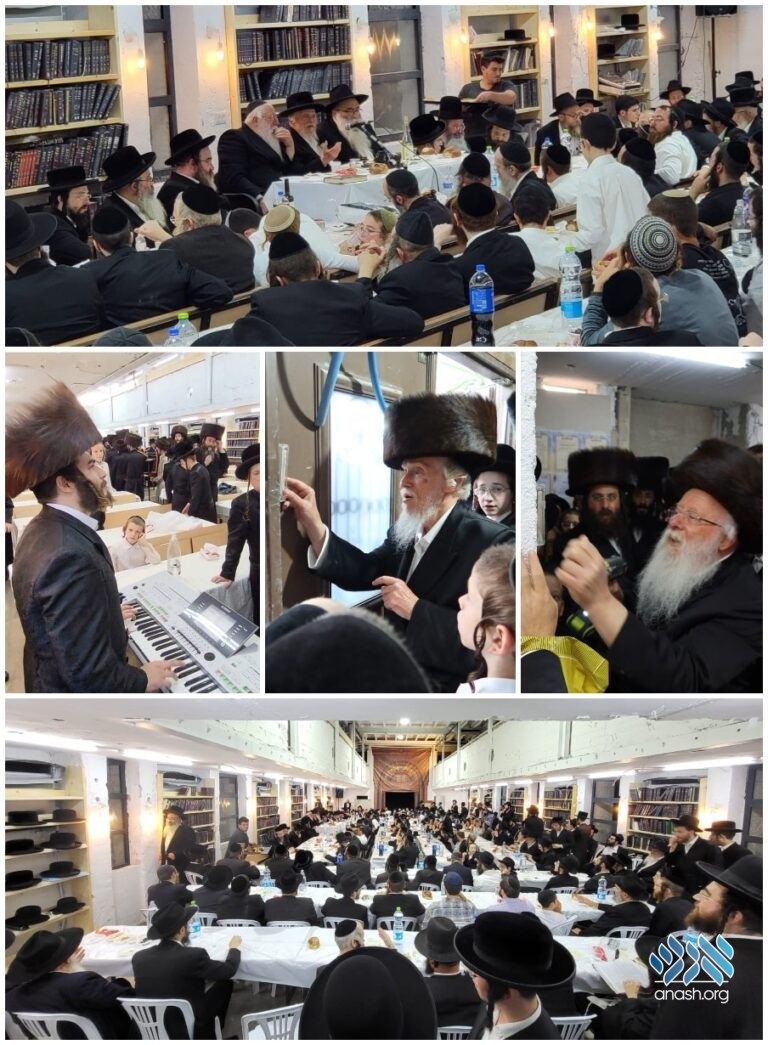 Having completed the first phase of the building, the Mayonei Yisroel community moved into their permanent home which will serve as a shul, center for Chassidus study, and a venue for farbrengens.

Over the last two decades, the Mayonei Yisroel community in Eretz Yisroel has exploded. Started as a program for Chassidus study, it has since developed into a large community with centers in Yerushalayim, Bnei Brak, Beit Shemesh, Ashdod, Beitar Illit, Haifa, and other cities.

Besides serving as a shul where its members daven in the way of Lubavitch, the centers host kolels for the study of Chabad Chassidus and farbrengens with leading Chabad mashpiim on Yomei D’Pagra.

After many years, the central Beis Medrash in Yerushalayim has found a permanent home. Having completed the first phase of the building, the community moved in in time for Tishrei. The sifrei Torah were transferred with music and dancing, and mezuzos were affixed by notable rabbonim including R’ Chaim Sholom Deitsch, R. Yekusiel Farkash, and R. Mendel Foigel.

The center was then inaugurated with a Chai Elul farbrengen led by Migdal Haemek mashpia, R’ Yitzchok Gurevitch, R’ Deitsch, and R. Farkash,