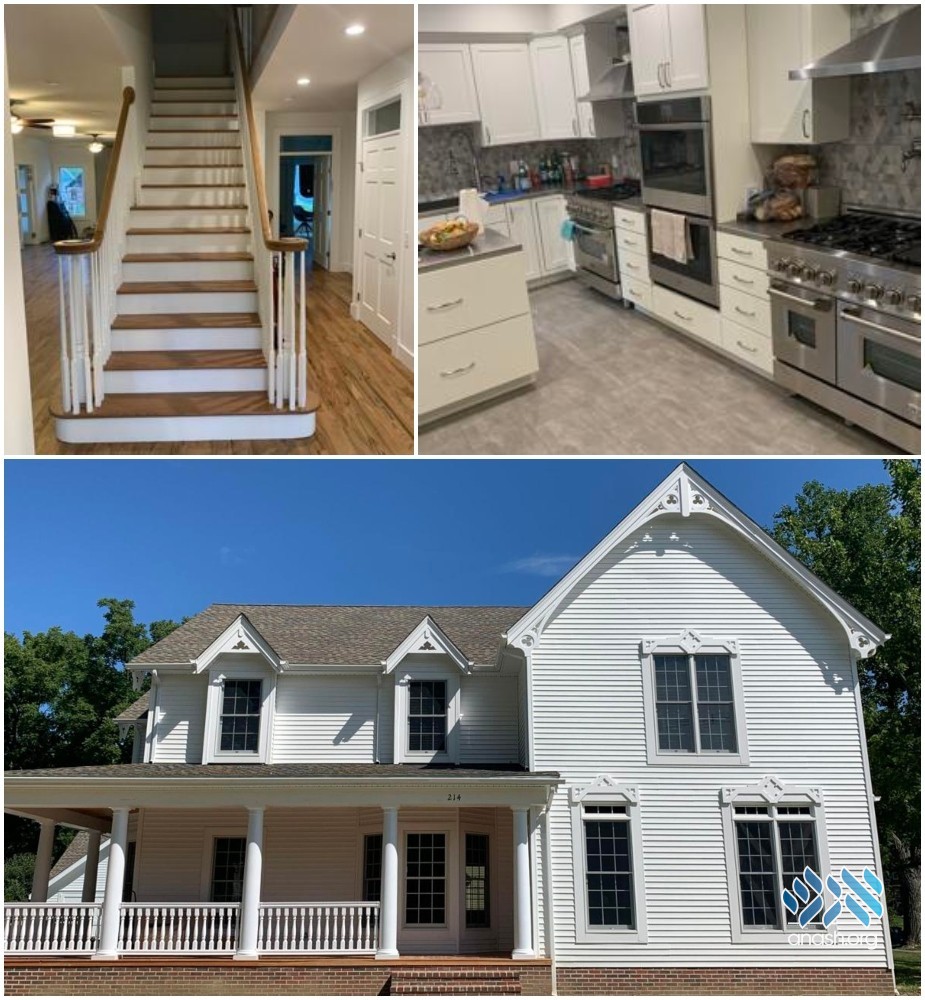 After purchasing a foreclosed home near the Oberlin College, shluchim Rabbi Shlomo and Devorah Elkan realized that renovating wouldn’t be an option. Instead, they tore it down and rebuilt it, reconstructing the original 19th-century house’s exterior.

College students across the nation are starting the school year expecting change due to the COVID-19 pandemic, but for Jewish students at Oberlin College in Oberlin, the adjustments won’t just be wearing masks and social distancing.

Chabad at Oberlin finished its new Chabad house after five years of planning, construction and fundraising, and Rabbi Shlomo Elkan, co-director of the Chabad with his wife, Devorah, is thrilled to welcome students, alumni and the community to the space.

“This Chabad house is the first permanent Jewish site in Oberlin ever,” Elkan told the Cleveland Jewish News on Aug. 26. “There are Jewish organizations that have existed, but they’ve never had their own location. This is a symbol of the growth of the community and that students are asking for increased Jewish infrastructure in terms of kosher food and services. This new permanent location really allows for us to continue to grow and develop the Jewish community and service those students that are currently there and will come long into the future.”

The idea for a new Chabad house started years ago when the Elkans noticed the first house they moved into in 2010 when they started the Chabad – a 1,300- to 1,400-square-foot home with one bathroom – was too small for their family and the student population, Elkan said.

Elkan estimated the Jewish population at Oberlin is about 800 students – “close to a third of the student population,” he said.

The Elkans purchased a foreclosed home next to campus at 214 W. College St. five years ago with the intent to renovate it. Rehabilitating the home originally built in the 1840s proved to not be a simple task, so the house had to be torn down.

The Elkans had been working on plans and fundraising for the house when trouble struck.

“We were mid-construction when we ended up running into financial difficulty. We lost a particular donor,” Elkan said. “We had to pause the project for about three years, so it was just sitting.”

It wasn’t until last August that construction could resume after two alumni jumped on the project to see it to fruition.

Elkan and his family moved into the almost 7,000-square-foot space three weeks ago. It features a student lounge, large dining room, kitchen with meat and dairy ovens, library/classroom, washing station and guest suite.

“There’s a tremendous amount of joy for sure that the house is finally complete, and we’re very eager to be able to expand our offering to students and the Jewish community of Oberlin,” Elkan said. “Obviously, with COVID, it’s a whole new scenario, but even now we have more options because we have such a large property.”

To cater to students safely during the pandemic, Chabad is putting up a large tent on the property to host outdoor services and community gatherings, as well as expanding its virtual offerings through Zoom and YouTube.

The Elkans are also offering Shabbos meals to-go that students can pick up that have everything they need to celebrate the holiday if they don’t feel comfortable with outdoor community gatherings. Jewish students are also receiving a welcome package from the Chabad, including items like mezuzahs and tzedakah boxes.

“Our programming has changed form, but keeping the community together is very important, especially for college students, where mental health is so important,” Elkan said. “This is temporary in terms of COVID, and there will be a time again where we will be able to gather like we used to. Our commitment to Oberlin and to the community is long term, so when that time comes, we’ll be there with open arms, ready for that to happen.”

The Chabad at Oberlin will host an outdoor ribbon cutting for the new house Sept. 7.