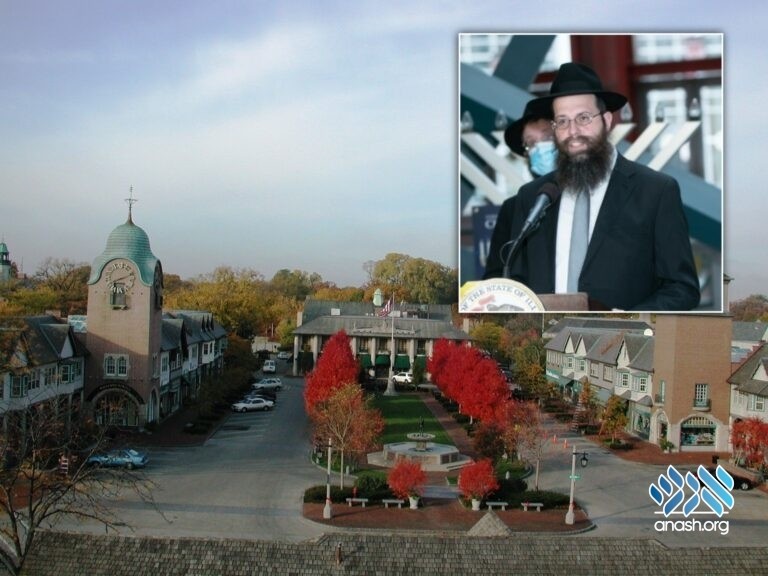 At Highland Park’s Evening of Healing and Unity, Rabbi Meir Shimon Moscowitz, regional director of Chabad-Lubavitch of Illinois, announced that Chabad will be establishing a new center in Lake Forest.

The search for the gunman who killed seven people in Highland Park, Ill., during a parade on the Fourth of July ended just north, in nearby Lake Forest, when an alert member of the public spotted the gunman’s car and phoned the police. After a traffic stop, North Chicago police apprehended the suspect on Route 41.

Today, at Highland Park’s Evening of Healing and Unity, Rabbi Meir Shimon Moscowitz, regional director of Chabad-Lubavitch of Illinois, announced that Chabad will be establishing a new center in Lake Forest. “We know that whenever tragedy hits, it’s a call for us to do more, to spread more light,” Moscowitz told Chabad.org. “The best response is to set up a full-time Chabad center there, to be a beacon of hope, warmth and light.”

In recent years, Moscowitz explains, Chabad has been moving into further suburbs and expanding its already significant footprint in Chicagoland. “We’ve seen a lot of success in these smaller communities with a less visible Jewish presence,” he says. “Places that appear to be less Jewish have been very receptive to our emissaries.”

While Jews and other minorities weren’t welcome in Lake Forest until recent decades, the city of 20,000 has in recent years become far more diverse.

Ron Hahamy, who recently moved to Lake Forest, can’t hold back his enthusiasm. “My initial feeling is absolute excitement. I’m thrilled and looking forward to Chabad coming here,” he said. When Hahamy moved to Lake Forest, he couldn’t imagine a Jewish center opening. “I thought I’d be alone on an island, I would have to put some aspects of my Jewish involvement on hold. This will make things easier and more convenient.”

Hahamy acknowledges that he always secretly hoped “under my breath” that Chabad would open a center in Lake Forest. “Wherever I go in my travels, I see Chabad. They’re in every crazy pocket I’ve been to. I really hoped for one here, but I didn’t think it was possible.”

“We hope this will provide a measure of healing to the community,” adds Moscowitz. “Let this be a stepping stone for good.”